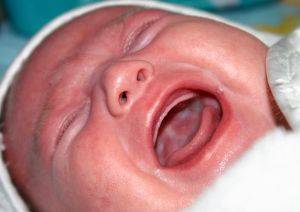 Baby dies after injection of Hepatitis B vaccine

A 44-day-old baby, named Nguyen Ngoc Minh, died around 2 p.m. on Friday, six hours after having been injected with Hepatitis B vaccine at Ngoc Thuy Ward medical station in Hanoi’s Long Bien District.

According to Dr. Nguyen Thi Thuy, director of Long Bien District Preventive Health Center, the baby’s family agreed to let the Forensic Department conduct an autopsy on the infant to determine the cause of death.

The center also demanded the Bac Giang General Hospital to temporarily cease using the Euvax B vaccine, as well as requesting health officers monitor the health of the 193 babies who were also injected with the vaccine, produced by South Korean-based LG Co.

Although thimerosal in children’s vaccines was phased out in America in 2001, I have found Aventis Pasteur data sheets dated 2003 which list thimerosal in countries other than America.

Thimerosal is also used in the manufacturing process of most vaccinations and according to the manufacturer’s, may still contain trace elements of the mercury derivative, even if it is labelled as mercury free.