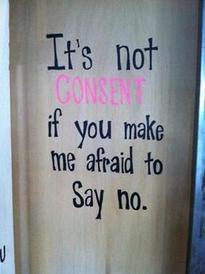 Recently, I’ve been asked by children whether or not they HAVE TO have a vaccination if they don’t want one.

The answer is no.

The law says that children aged 16 and 17 are capable of making their own decision on vaccinations so if their parents want them to be vaccinated and they don’t want to submit, they don’t have to.

It also says that YOUNGER children under the age of 16 can also refuse consent INDEPENDENTLY of their parents if they can show that they understand both the risks and benefits.

Likewise, a child under the age of 16 can also consent to a vaccine if their parents disagree with vaccinations, but they would like one.

Where immunisations are routinely offered in the school setting,* the situation
differs depending on the age and competence of the individual child or young person. Information leaflets should be available for the child’s own use and to share with their parents prior to the date that the immunisation is scheduled.

Young people aged 16 and 17 are presumed, in law, to be able to consent to their own medical treatment. Younger children who understand fully what is involved in the proposed procedure (referred to as ‘Gillick competent’) can
also give consent, although ideally their parents will be involved.

If a person aged 16 or 17 or a Gillick-competent child consents to treatment, a parent cannot override that consent.

If the health professional giving the immunisation felt a child was not Gillick
competent then the consent of someone with parental responsibility would be
sought.

If a person aged 16 or 17 or a Gillick-competent child refuses treatment that should be accepted. It is unlikely that a person with parental responsibility could overrule such a refusal. It is possible that the court might overrule a young person’s refusal if an application to court is made under section 8 of the Children Act 1989 or the inherent jurisdiction of the High Court.
There is no requirement for consent to be in writing.

So if you are under the age of 16 and you don’t want a vaccine and your parent’s have said yes, you could write a 2 page letter, one page with the proposed benefits of vaccines (you can get this information from the waiting room of a GP surgery) and a second page with the risks (which you can find on this site).

Make sure you write where the information came from. For instance, if you are quoting a medical study, don’t forget to say where it was printed, eg, the Lancet. This way the doctors will know that you have studied both for and against and are informed to make your own choice.

At the end of the letter say you REFUSE TO CONSENT to the vaccination and will regard it as an assault if anyone vaccinates you without your written and verbal agreement.

You can do a similar letter if you wish to have a vaccine and your parents have refused.

I was not particularly keen for her to write on this site, but she became interested in the subject after doing a powerpoint presentation on Dr. Hadwen, a famous Victorian doctor. If any other kids want to add their voice please do.

Hi i’m Alicia i’m one of the daughters of Joanna Karpasea-Jones. I just wanted to tell you why i am glad i’ve not been vaccinated. I have learnt from my mother all about vaccines, such as what they have in them and the real meaning for them. for instance the MMR has fital tishu,(a baby before it has been born) and gelitine etc. I also found out that some of the ingredients can kill you and doctors never check to see if your alergic to anything like antibiotics. And i think i am lucky to have a mother that does not agree with vaccination. I have never had a vaccine in my life and I hardly ever get ill, and when i do it is very mild. I think that if my mother had vaccinated me right now I would be in bed coughing with a ice pack on my head! 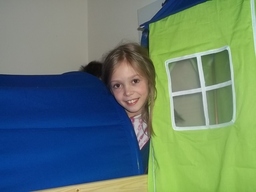