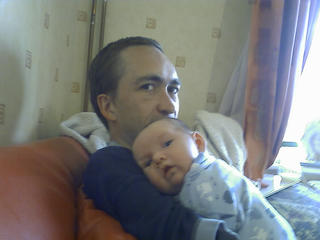 Early childhood immunizations have been viewed as promoters of asthma development by stimulating a TH2-type immune response or decreasing microbial pressure, which shifts the balance between TH1 and TH2 immunity.
Objective

Differing time schedules for childhood immunizations may explain the discrepant findings of an association with asthma reported in observational studies. This research was undertaken to determine whether timing of diphtheria, pertussis, tetanus (DPT) immunization has an effect on the development of childhood asthma by age 7 years.
Methods

This was a retrospective longitudinal study of a cohort of children born in Manitoba in 1995. The complete immunization and health care records of cohort children from birth until age 7 years were available for analysis. The adjusted odds ratio for asthma at age 7 years according to timing of DPT immunization was computed from multivariable logistic regression.
Results

In the babies who were 4 months old or older at the time of their first vaccination, there were only 5.9% who developed asthma.

The study also found a decreased incidence of asthma if the subsequent doses were delayed, but the strongest evidence for this was with the first dose.

The journal revealed that a staggering 12% of children go on to develop asthma after vaccination.

In spite of this evidence, they do not intend to change the vaccination schedule.

In the last 3 decades, there has been an unexplained increase in the prevalence of asthma and hay fever.
Objective

We sought to determine whether there is an association between childhood vaccination and atopic diseases, and we assessed the self-reported prevalence of atopic diseases in a population that included a large number of families not vaccinating their children.
Methods

The data included 515 never vaccinated, 423 partially vaccinated, and 239 completely vaccinated children. In multiple regression analyses there were significant (P < .0005) and dose-dependent negative relationships between vaccination refusal and self-reported asthma or hay fever only in children with no family history of the condition and, for asthma, in children with no exposure to antibiotics during infancy. Vaccination refusal was also significantly (P < .005) and negatively associated with self-reported eczema and current wheeze. A sensitivity analysis indicated that substantial biases would be required to overturn the observed associations.
Conclusion

Parents who refuse vaccinations reported less asthma and allergies in their unvaccinated children. Although this relationship was independent of measured confounders, it could be due to differences in other unmeasured lifestyle factors or systematic bias. Further research is needed to verify these results and investigate which exposures are driving the associations between vaccination refusal and allergic disease. The known benefits of vaccination currently outweigh the unproved risk of allergic disease.

VAN UK’S Comment: I have no doubt that lack of antibiotics and antipyretics would also decrease asthma and is a factor in addition to non-vaccination, however, other studies have linked vaccination with asthma, so this shouldn’t be ignored.

As a mother of unvaccinated children I can say that if my child was having difficulty breathing, I most certainly would get him seen by a doctor, as would other mothers, so I don’t think the low asthma rate is due to not reporting to the GP.

The global expression of immune response genes in infants after vaccination and their role in asthma and allergy is not clearly understood. Pharmacogenomics is ideally suited to study the involved cellular responses, since the expression of thousands of genes can be assessed simultaneously. Here, array technology was used to assess the expression kinetics of immune response genes with association to asthma and allergy in peripheral blood mononuclear cells (PBMC) of five healthy infants after vaccination with Infanrix-Polio+Hib. At 12h after in vitro re-stimulation of the PBMC with pertussis toxin (PT) antigen, 14 immune response pathways, 33 allergy-related and 66 asthma-related genes were found activated.

Findings from animal and human studies confirm that diphtheria and tetanus toxoids and pertussis (DTP) and tetanus vaccinations induce allergic responses; associations between childhood vaccinations and subsequent allergies have been reported recently.

The association of DTP or tetanus vaccination with allergies and allergy-related respiratory symptoms among children and adolescents in the United States was assessed.

Data were used from the Third National Health and Nutrition Examination Survey on infants aged 2 months through adolescents aged 16 years. DTP or tetanus vaccination, lifetime allergy history, and allergy symptoms in the past 12 months were based on parental or guardian recall. Logistic regression modeling was performed to estimate the effects of DTP or tetanus vaccination on each allergy.

DTP or tetanus vaccination appears to increase the risk of allergies and related respiratory symptoms in children and adolescents. Although it is unlikely that these results are entirely because of any sources of bias, the small number of unvaccinated subjects and the study design limit our ability to make firm causal inferences about the true magnitude of effect.