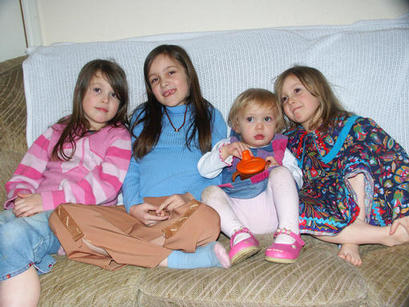 THE DILEMMA OF VACCINE-INDUCED DISEASE AND UNVACCINATED CHILDREN

It has long been known that vaccines can cause the diseases they were meant to immunise against.

For instance, the live oral polio vaccination can cause polio – a disease named vaccine-associated paralytic polio (VAPP), which is mentioned on the UK dept of health website, immunisation.org.uk
‘If a baby has had the oral polio vaccine, the live virus can be found in the baby’s poo for up to six weeks afterwards.’
It was actually for this reason that the OPV was voted out and injectable polio vaccine re-introduced. The oral vaccine was responsible for the ONLY cases of polio in the developing world. (Committee on Immunization Practices meeting, held 20th June 1996).

‘OPV not only causes vaccine-associated paralytic polio, but if it’s use is stopped, the OPV strain can still re-emerge….to date, no developing country has used IPV only, so there is little information on it’s immunogenicity (i.e. there’s no evidence the injectable version prevents polio either)…Dr. Halsey asked if viral mutations from vaccination occur over a long period in the excretions of an immunosuppressed individual…Dr. Abramson recalled data showing that the virus can be found in people 10 years after vaccination…the fact that children are being paralysed by vaccine derived viruses, proves their virulence. Dr. Kew’s 1997 report said that vaccine derived viruses could be replicating in immunosuppressed individuals…however, vaccination cessation is not expected anytime soon.’

The MMR vaccine also contains live viruses and according to an MMR 2 manufacturer’s data sheet from Merck, Sharpe and Dohme, ‘It is not known whether measles or mumps vaccine virus is secreted in human milk. Recent studies have shown that lactating postpartum women immunised with live attenuated rubella vaccine may secrete the virus in breast milk and transmit it to breast-fed infants. In the infants with serological evidence of rubella infection, none exhibited severe disease; however, one exhibited mild clinical illness typical of acquired rubella. Caution should be exercised when M-M-R II is administered to a nursing woman.’

Pregnancy was listed as a contraindication to the vaccine and they advised not getting pregnant for 3 months after an MMR vaccine has been given. Since it has been proven that the viruses are secreted in body fluid, it is reasonable to assume that close contact with a vaccinated infant would also confer risk.

Indeed, my eldest daughter contracted measles at 15 months, after sitting next to a baby who’d just had his MMR jab that morning. She came out with the measles rash exactly 14 days after eating her lunch with him, and the incubation period for measles is a fortnight.

BCG vaccine is also live (and given to minority babies at birth) and can mutate. According to the Medical Monitor, June 1992, ‘BCG vaccine can cause disseminated TB in immunosuppressed individuals and children…local ulceration appears to be more common in babies.’

Some flu vaccines are live and can shed and infect others. The manufacturers data sheet for Flumist vaccine states:

The data sheet further stated in the ‘shedding’ section of the sheet, that nasal swabs positive for vaccine strain flu continued to be found in vaccinated people for up to 28 days after vaccination.

Although the potential transmission rate may seem low, it is based on infection caught from only one person or a few people. Realistically with more than 90% of the child population vaccinated and countries giving out live flu vaccines to toddlers (for instance, the UK give live flu vaccine to all 2, 3 and 4 year olds as well as to school aged children), the chance of transmission may be much greater, particularly in a school or daycare setting’.  That isn’t even accounting for those who are immuno-compromised.

But it isn’t only live vaccines that can cause a problem. ‘Killed’ vaccines have been known to mutate and cause disease, even amongst close contacts of the recipient.
Meningitis vaccines such as HIB and Meningitis C can also spread. The medical profession are currently studying 15,000 teenagers to discover whether immunisation helps trigger the most deadly strain of meningococcus bacteria. Throat swaps are being taken from 7 centres around the country. A spokesman said
‘The study being conducted will address whether or not vaccine escape variants ..will begin to spread among the population..as a result of the immunisation programme.’ Escape variants can switch was B to C or C to B etc. (John Von Radowitz, Medical Correspondent, PA News).

How Can Parents Protect Their Unvaccinated Children?

Firstly, breast feed! Breast milk kills polio virus and meningitis and a whole host of other diseases. Carry on breast feeding your child for as long as possible (the World Health Organisation recommend a MINIMUM of 2 years).

Do not change the nappy/diaper of a friend’s vaccinated baby.

Do not allow your baby to put another baby’s soother in his mouth, or to bottle share.

Regularly give your baby vitamin C supplementation. Drops are available for very small babies, or chewable ones for toddlers. I gave my children 3,000mgs of vitamin C a day and they never had any serious illnesses or complications. Remember, you cannot overdose on vitamin C and any that the body does not need, is simply re-absorbed.

If you know a baby has just been vaccinated, or has a disease, consider giving a vitamin A supplement as children with adequate levels of this vitamin do not get serious side-effects from childhood disease. This is also good for the vaccinated child as good levels of vitamin A and C have been shown to reduce vaccine side-effects. If you choose this option, please discuss it with a health care provider to find the correct dose for your child, as too much vitamin A can be dangerous.

Alternatively, give your baby foods rich in vitamin A such as carrots, sweet potatoes, pumpkin, spinach, butternut squash, turnip greens, mustard greens, and lettuce. Vitamin A is also present in free-range eggs, if you aren’t vegan. If your baby is too young for solids, eat these foods yourself and the nutrients will be passed to him via your breast milk.

Consider a homeopathic nosode (homeopathic version of vaccination). These can be given by a qualified homeopath to fill a child’s susceptibility to the disease (e.g. pertussin 30 if the child is exposed to whooping cough).

Help – My Child Has Measles!

If your child picks up measles, it helps to be informed so you know what to look for and how to treat it.

Measles begins like a cold with runny nose, sore throat and cough. Sometimes the child might get sticky eyes (conjunctivitis). There will be white spots on the inside of the mouth called Koplik’s spots.
3 to 5 days later, a rash will appear, starting behind the ears and on the face. Within a day it will spread to the body. There will be a fever and sometimes vomiting.
Within another 3 to 5 days, the rash disappears and the fever goes away. On very rare occasions, the child’s rash may bleed, they may suffer a febrile convulsion or measles encephalitis and death. This is unlikely, though, as according to Medicine Net, ‘measles has a low mortality rate in well nourished healthy children.’

Measles encephalitis can also occur in vaccinated children as Atypical Measles Syndrome (AMS), as Medicine Net describe: ‘AMS begins suddenly with high fever, headache, cough, and abdominal pain. The rash may appear 1 to 2 days later, often beginning on the limbs. Swelling (edema) of the hands and feet may occur. Pneumonia is common and may persist for 3 months or more.’

They blame incorrect vaccine storage on the fact that only vaccinated patients get AMS, or on the old single measles jab, ‘Immunization with inactivated measles virus does not prevent measles virus infection. It can, however, sensitize a person so that the expression of the disease is altered, resulting in AMS.’

When my mother got my measles shot in 1978, she was told that was effective. Now they say it isn’t. It does not inspire confidence in vaccination when they keep changing their story.

How Can My Child Become Immune To Measles?

Again, according to Medicine Net, ‘A child born to a mother who had measles receives immunity from its mother lasting most of the first year of life. One attack of measles provides lifelong immunity’ – there are other studies which show that immunity from mother’s milk lasts even longer than that. It is a strong argument against vaccination, as most mothers of this generation will have had the vaccine and therefore their ability to pass on immunity to their children is weakened. This shows that vaccination is actually destroying natural immunity rather than building it.

We are NOT doctors so this does not constitute medical advice. This is what I did as a mother for my own child. If you think your child is very ill, please seek medical assistance.

When my daughter had measles I withheld all food from her. Food feeds a virus as well as the person, and valuable energy is wasted on the digestive system when it should be going to the immune system. Fasting allows the body to rest. We usually don’t feel like eating when we are ill because it is our body’s way of telling us to fast.

I made sure she had regular fluids to avoid dehydration – starting with water and then progressing to fruit juice when she was a little better. Breast milk is also ideal. For her fever, I gave regular doses of Belladonna 6 homeopathy and tepid sponge bathing to prevent any febrile convulsion (which are caused by allowing the temperature to rise too quickly).

I didn’t give any paracetamol or another anti-pyretic because if you try to suppress symptoms you end up pushing them into the body and causing measles complications. According to Medicine Net, ‘Avoid aspirin and all aspirin products. (Aspirin today is not recommended for children or for patients with infectious diseases caused by viruses, because of the association with Reyes syndrome)’. Nearly all measles complications are either in malnourished children or healthy children whose measles was ‘medicated.’
I used calamine lotion on her spots to ease any discomfort. Her rash disappeared after 3 days and she was fully recovered in 8 days and did not get ill (even with a cold) for another year or more afterwards.

How Bacteria Behind Serious Childhood Disease Evolve to Evade Vaccines

Rash in a 15 Month old Girl

Baby Gets Severe Autism after Measles Virus Attacks Her Gut, Mother Caught Measles From Her Which Then Went to Her Brain and Caused MS. She is Now is a Nursing Home and Dad Has to Care for His Daughter On His Own. The Heartbreaking Conseqences of Shedding