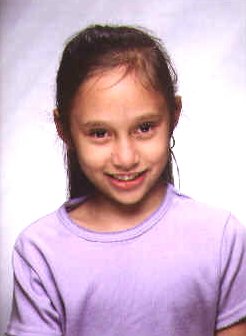 My daughter was a victim of the DTP immunization (Pertussis & Mercury Preservative) to be exact. She was born with no problems. Normal beautiful innocent baby. She received her first DTP immunization at 2 months old. Within hours she started crying screaming unconsolable. We talked to our pediatrician about it he just said not to worry, some babies just cry. That didn’t really sound right to us. But we continued to care for our baby. I took her for her second DTP at 5 months old. Exactly 10 hours later while I was nursing my baby, she started convulsing…which lasted all the way to the hospital. She was admitted because she had another seizure and stopped breathing…They intubated her and got her breathing again …The next day I called where my baby had recieved her shot and reported the doctors findings and orders of NO MORE PERTUSSIS immunizations…The next week was full of medical test…You’ll never know the fright we went through….Then the Joy we felt when we brought her home again… She spoke in full sentences when she was only 7 months old…she walked the day she turned 9 months old…she was a very happy little girl with occassional seizures . The doctor said they were febrile seizures. But her fevers were never that high. When around 15 to 18 months old she stopped talking….she started walking on her toes….she wouldn’t or couldn’t look us in the eye anymore…she didn’t respond to her name anymore. She couldn’t feed herself anymore. She started having close to 100 seizures a day. At 20 months old she was diagnosed with Developemental Delay…Speech …Balance…Occupational Therapy was started. She also has a seizure disorder…and damage from all the seizures she was recently diagnosed with mild Cerebral Palsy, Epilepsy, & Neurological Developemental Disorders as a result of the Vaccines. My daughter is now 14 years old. She is in public school, gets therapy there and at a Rehab center. She wears a weighted vest and DAFO’s (ankle & foot braces). People need to be more aware of the Very Real Dangers of Immunizations. The doctors will tell you how rare this happens, but I’m here to tell you that it is Not so Rare. Look at the Rise WorldWide in Autism/Spectrum Disorders, and many more Mentally & Physically Challenged children…There are Too many Vaccine Damaged Children.

Despite having health insurance through their jobs, an Overland Park couple in the past several years have spent more than $500,000 for out-of-pocket medical expenses in connection with their daughter’s illness.

Stephanie and Richard Mancinelli’s daughter, Sophia, who turns 9 on April 13, has spastic diplegia cerebral palsy. Stephanie said doctors told her the illness was caused by an adverse reaction to Sophia’s first round of immunizations.

“Our daughter had a great birth and was very healthy,” Stephanie said.

When Sophia was diagnosed with cerebral palsy before her first birthday, the Mancinellis were told their daughter would never be able to walk.

As they started their family, Mooresville residents Theresa and Lucas Black dutifully got their children immunized, never doubting their doctor’s word that vaccines are safe and necessary.

But their faith in those promises was shaken in 2001, when their 3-month-old daughter, Angelica, developed life-threatening seizures and brain damage just three days after getting several vaccinations.

The child’s Charlotte neurologist diagnosed her with vaccine-related encephalopathy, or brain injury. And in 2006, the little-known federal “vaccine court” agreed, awarding Angelica nearly $2 million plus about $250,000 a year for medical expenses for the rest of her life.

Despite the ruling that vaccines caused her daughter’s brain damage, Theresa Black said she has felt bullied in recent weeks by reaction to the California measles outbreak that has spread to 16 other states.

Health officials have stressed repeatedly that vaccines are safe, and some people have suggested that parents who choose not to get their children vaccinated are selfish and willfully endangering the lives of others.

“There’s people out there calling for us to get jailed,” Black said. “I am not a freak. I am not trying to endanger anyone’s child. … I actually think vaccinating is a good thing. My problem is I don’t think they are as safe as they could be. … There are bad things that happen.”

Today, Angelica is 14 and profoundly disabled. She has cerebral palsy and a seizure disorder. She is unable to speak. She uses a feeding tube and a wheelchair. Because she requires around-the-clock attention, her parents quit their jobs to care for her. The family moved to Florida in 2009.

Renee Gentry, the Virginia lawyer who represented the Blacks before the vaccine court, said she too has been bothered by some reaction to the measles outbreak. “People are saying there’s absolutely no evidence that vaccines cause brain injury, and we’re sitting here with all these cases. It’s rare … but they clearly have happened.”