Following the death of an 18-month-old girl after being given a dose of vaccine at a health post in Andheri (E) on Tuesday evening, the mu
nicipal corporation has frozen certain batches of vaccine and sent samples for testing.

Sources said the girl, Ishadevi Sharma, was being taken by her parents to the local health post at MIDC for regular vaccine doses since her birth. On October 20, she was given the DPT booster as well as the polio dose and brought back home.

In the evening, Ishadevi developed high fever and, as instructed by the doctor, her mother applied warm water on the place where the child was given the injection. She also gave medicines to the child. As the child’s condition worsened, she was taken to a nearby hospital the following day. When she started frothing at the mouth and continued running a temperature, she was referred to Cooper Hospital in Juhu, where she was declared dead.

According to Dr Mangala Gomare, in charge of BMC’s immunisation programme, Ishadevi was among 29 children who were given vaccine doses at the MIDC health post. As an immediate measure, the administration has frozen this particular batch of vaccine.

The official said that samples of this vaccine have been sent to the laboratory at Kasauli to check for contamination. “The body was taken for a postmortem examination and the cause of death is still awaited,” Dr Gomare added. Sources said that viscera samples had also been sent for a chemical analysis to the Kalina Forensic Science Laboratory. Also, the body samples have been sent for a histopathology report to find out if the child had contracted a disease recently.

A four-month-old baby died after receiving a pneumonia and meningitis vaccine in east China’s Shandong Province, an official with the local health bureau said on Sunday.

The baby was vaccinated against Haemophilus influenza type B, or Hib, on October 19 at the Chinese Medicine Hospital in Liaocheng City.

“His mouth turned blue and his face turned pale several minutes after we left the hospital,” said the baby’s father, Yu Jingkuan. “He also had diarrhea. Then that afternoon, the baby looked normal.”

However, Yu said his child suffered the same symptoms the next day.

“Doctors suggested the infant be transferred to another hospital for treatment, but my child died on the way.” he said.

The vaccine was produced by Wosen Biotechnology Co. Ltd. in Yuxi City of the southwestern Yunnan Province. The company has sent staff to Liaocheng to investigate the death.

In the meantime, Liaocheng’s health bureau ordered all hospitals in the city to suspend use of the vaccines. 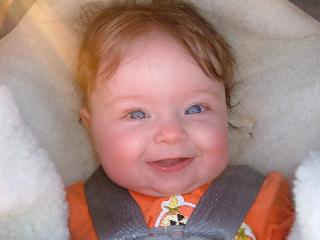 The parents of 1-year old Madyson Williams will receive $250,000 from the government for the death of their daughter.

Madyson got the vaccine at the Pediatric Center in Springfield on May 12, 2006. Her parents submitted medical evidence that the MMR vaccine is the reason Madyson died 6 days later.

Attorneys for the Department of Health and Human Services Friday settled with the family for liability.

Calls to the government office were not returned as of news time.

VAN UK’S Comment: That pay off is insulting for a child’s death.

A tot of 18 months died 10 days after having the MMR jab, an inquest heard yesterday.

Mum Sarah Fisher, 42, said she told doctors George had had febrile convulsions. She was not warned of any complications with the vaccine.

After the MMR, he had diarrhoea, a runny nose and no appetite. She found George, of Cheltenham, Glos, dead. Mrs Fisher said: “We cannot understand how our healthy son died.”

China Suspends Hepatitis A Vaccine After The Death of A Minor

Chinese vaccine maker Sinovac Biotech Ltd (SVA.A: Quote, Profile, Research, Stock Buzz) said a Health Services Bureau in Beijing suspended the use of 83 doses of its hepatitis A vaccine, Healive, after the death of a minor.

The death of the minor on Nov. 27 “coincided with the administration of the vaccine two days prior,” the company said in a statement. The suspended vaccine was part of a lot that passed the routine government inspection in July 2008, the company said.

According to a report in Interfax-China, sales of Sinovac Biotech’s (SVA) hepatitis A vaccine Healive have been suspended in Beijing’s Fengtai district, following the death of a two-year-old infant.

Details remain sketchy. Sinovac has not released its official reaction to the action, which has not received wide coverage in the U.S., where Sinovac is traded. Healive is by far the most important revenue-producing product for Sinovac. It was responsible for 78% of Sinovac’s Q3 sales.

ANOTHER KID DIES AFTER BCG VACCINE

A two-month-old died this week after taking the BCG (Bacille Calmette Guerin) vaccine, given to prevent childhood tuberculosis, TOI has learnt.

The yet-to-be-named infant, the son of Chembur Naka resident Geeta Mane, was administered the BCG vaccine at a health post in Abhudaya Nagar on Tuesday. “BCG is usually given at birth, but health workers who had gone for a polio immunisation round realised that the child hadn’t taken his BCG and he was subsequently given the shot at the health post,’’ said a source, adding that the child died the next day.

Public doctors said it was the first time the infant was being immunised, and that the entire batch of BCG vaccines as well as the diluent in which it is mixed had been seized.

This case, and the death of two children after they were administered the Hepatitis B and DTP (diphtheria, tetanus and pertussis) vaccines, come close on the heels of a spate of similar incidents in Chennai in which infants died after taking the measles vaccine.

Health officials however, still seemed unsure about the details of Geeta Mane’s infant and were hesitant to link it to the vaccine, though the stocks have been sealed.

“He was a malnourished child. He had also travelled out of town and we can’t attribute the death exclusively to vaccination,’’ said executive health officer Dr Jairaj Thanekar, who also insisted that the child had been administered the Hepatitis B and DPT vaccines, like the other two kids.

TOI had in its Friday edition reported about the two deaths following vaccination. The first child, two-month-old Sunilkumar Sharma, had taken a dose of the DPT, Hepatitis B and polio vaccines at the Shatabdi sub-centre in Mankhurd on Tuesday and died a day later at Sion hospital. Then 48-day-old Tahira Ansari died on Friday after she was administered the DPT (triple dose) and Hepatitis B vaccines at the Oshiwara maternity home.

Health officials said they stopped the use of vaccines from the batch concerned across Maharashtra and there was no reason to panic. Samples had been sent to the Central Drug Laboratory in Kasauli to test for contamination.

“Three deaths were reported and the children had received multiple vaccines. These are rare events and it is unfortunate that this time they have occurred in such a close span,’ said the director-general of health services, Dr Prakash Doke.

The province’s Thong Nhat General Hospital said the three-day-old infant
died a few hours after being given a BCG shot made by the Ho Chi Minh
City-based Pasteur Institute.

The management board of the southern Expanded Program on Immunization also
instructed local health centers to report by July 6 the number of vaccines
still in stock.

Health authorities are conducting tests on the vaccine.

Initial investigations reveal that the hospital stringently followed all
the rules in place for preserving the vaccines and sterilizing needles.

It vaccinated 11 other babies from the same batch but they are fine.

Dr Nguyen Thi Thanh Ha of the Pasteur Institute said the BCG vaccine had
caused no fatalities or serious complications in the last few decades.

This year, in Vietnam, six babies have died and six others developed
serious complications after getting shots of vaccines against rabies,
hepatitis B, and other diseases made both in Vietnam and abroad.

A 13-year-old boy is in intensive care after a severe allergic reaction to a vaccination at an Aberystwyth school.

On Tuesday, 10 other pupils from Penweddig Comprehensive were also taken to Bronglais Hospital after “adverse effects” to the injections.

Nearly 120 students at the school were being injected with the BCG vaccine, which combats tuberculosis.

A Ceredigion NHS Trust spokesman said it was investigating, and had stopped the batch of vaccine being used.

The trust has named the boy in intensive care as Dominic Hamer. He was said to have had an anaphylactic shock, which is defined as a very sudden serious physical reaction caused by an allergy.

His condition has been described as stable. Three other pupils were all kept in overnight for observation, but the rest were discharged.

The trust has said it is working closely with the school to ensure that pupils and parents receive any information or support they require.

Individual advisory letters have also been issued to pupils.

Brian Thomas, head of corporate services at the trust confirmed the batch of vaccine had been withdrawn.

A statement from the trust said the batch of vaccines used at the school had also been used on Monday without any adverse effects.

A team of four doctors and three nurses had been conducting the vaccinations at Penweddig Comprehensive.

The statement said: “At 12.30pm, nine children presented at the accident and emergency department of Bronglais General Hospital following a suspected adverse reaction to a BCG immunisation.

“Another two pupils attended the department in mid afternoon.”

“Following assessment, 10 of the pupils were admitted for observations and one pupil admitted to the intensive care unit.”