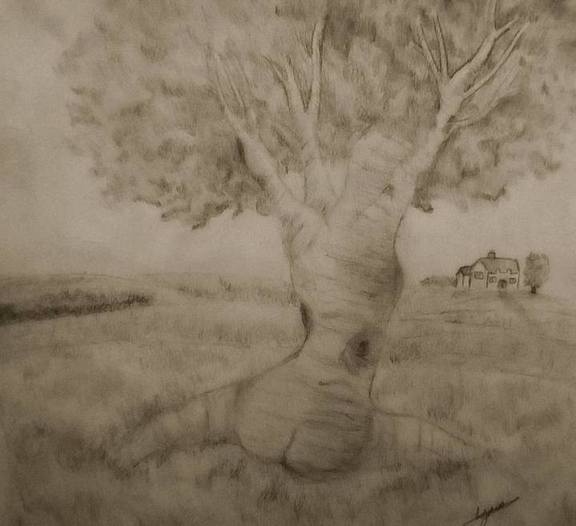 When trying to decide whether to submit their child for vaccination, parents often consider the health risks to the child or the ingredients in the shots, but I have never heard of a parent make the decision not to vaccinate based on ecological concerns and I was surprised to be asked to write on this topic. When I thought about it for a moment, I realised that vaccinations have a huge impact on our environment and that the issue deserves more consideration than it gets.

The factories where the vaccines are made are the start of the trail of carbon footprints caused by the vaccine industry. You might have read a data sheet and thought you knew what was in your child’s vaccination, but the law requiring all ingredients to be listed on packaging is only applicable to food, not medicines, and no vaccine company ever lists all of the ingredients because of ‘trade secrets’ (they don’t want the competition to know how they make their product). It might shock you to realise that cyanide is actually used in the manufacturing process of many childhood vaccines and there have actually been spillages of cyanide and viruses from these factories.

In Philadelphia, USA, in 2006, 1,000 fish were killed in Wissahickon Creek and found lying dead over a two mile stretch of the creek. The creek had to be closed to the public. Despite this, it was more than a week before vaccine manufacturer, Merck, admitted that they caused the pollution by illegally discharging cyanide into the water.
According to a press release by Delaware Riverkeeper,
‘The chemical has been identified by Merck as potassium thiocyanate (cyanide), used in vaccine and medicine manufacture. EPA confirmed the discharge when they visited Merck’s Vaccines Division in Montgomery County on Wednesday, June 21. However, the company has not provided any further information about how it was using the chemical or how the discharge occurred.’
(http://www.delawareriverkeeper.org/newsresources/pressrelease.asp?ID=23).

Viruses and bacteria from vaccines have also been known to end up in rivers and the formation of a National Vaccination Programme has meant that there are many deadly viruses being stored in these factories, which could potentially be used in bio-terrorism.

According to the National Geographic channel, vaccine manufacturer with squalene (shark liver oil) often means that endangered species are killed.

“The deepwater sharks targeted have extremely low reproductive rates, and many are threatened species.”

The adjuvant in GSK’s H1N1 vaccine that has been administered in 26 countries contains squalene, yet the company would not reveal the name of its supplier or the amount of squalene it used. Novartis, another company producing H1N1 vaccine, refused to answer requests for information about the squalene in their vaccines.

The CDC admitted that 69 cases of paralytic polio were caused by vaccine pollution and an msnbc news report, stated

‘The oral polio vaccine contains a weakened version of polio virus. Children who have been vaccinated pass the virus into the water supply. Other children who then play in or drink that water pick up the vaccine’s virus.’

They attempt to brush this off by claiming that this gives the children ‘protection’ from polio, but evidence shows the opposite. For instance, the Indian Express (1st May 2008) reported that in an epidemic of 203 cases of polio, 201 were vaccinated and only 2 were unvaccinated. Another report by NDTV (9th April 2008) said that some children were receiving 25 doses of vaccine and still got polio! Dr. Sathyamala, an epidemiologist from India, said

‘”Children are getting more than 25 doses. There are studies to show that in malnourished children, the vaccine can be fatal. It actually causes paralysis, so it is contraindicated in undernourished population.”

What is msnbc’s answer to this problem? They write in their news report of the 69 cases of polio:
‘What’s needed to stop Nigeria’s outbreak is more of the same vaccine that caused it.’
That is one pro-vaccination argument which is sheer stupidity.

Health and Safety Risks Of Other Vaccine Ingredients

The microbiologists who make the vaccines and the children who receive them are also at risk from some of the other chemicals present in vaccines, for instance, formaldehyde.
The Environmental Protection Agency and the US Department of Labor, classifies formaldehyde as a human carcinogen. According to them

‘Formaldehyde is common to the chemical industry. The 11th Report on Carcinogens classifies it as “reasonably anticipated to be a human carcinogen.” This report states:
‘Health care professionals such as pharmacists, physicians, veterinarians, dentists and nurses may be exposed to vapours during the preparation, administration or clean up of medicinal products. Patients who receive the medicines are directly exposed.’
(http://ntp.niehs.nih.gov/ntp/roc/eleventh/profiles/s089form.pdf)

The viruses and bacteria in vaccines can also accidently infect those who make them, and the surrounding area, and put others at risk. In a CDC MMWR report, they write about a vaccine worker who poisoned himself with Salmonella when producing an animal vaccine meant for poultry. A total of 21 workers became ill from this one incident:
‘the Maine Department of Health and Human Services (MDHHS) was notified of a case of salmonellosis (a nationally notifiable disease) in an employee of a facility that produced poultry vaccine. When a second case of salmonellosis in another employee at the same facility was reported on November 25, MDHHS began an outbreak investigation. Results of that investigation suggested that 21 employees of the facility became ill during a 1-month period from exposure to a strain of Salmonella serotype Enteritidis (SE) that was used in vaccine production. Infection was thought to have resulted from environmental contamination after the spill of a liquid containing a high concentration of SE.

On November 9, 2006, a spill of approximately 1–1.5 liters of liquid occurred in the fermentation room of the production area of the facility; the liquid contained 2 x 1010 to 5 x 1010 colony forming units per milliliter of SE phage type 8. The room was unoccupied at the time the spill occurred. The one worker who was regularly assigned to this room reported finding liquid overflowing onto the floor from the fermentation apparatus when he entered the room, wearing personal protective equipment (PPE) (e.g., biohazard suit, hat, booties, mask, and gloves). He cleaned up the spill using a mop, a 5% bleach solution, and a commercial disinfectant effective against SE.

A Waste Of Energy – A Source Of Air Pollution

Another environmental aspect of vaccination is the fact that they need to be refrigerated or they will ‘become ineffective’. Recently, the vaccinations at a surgery in Kirkby, UK, were found to be spoiled due to a refrigerator fault. The GP’s then wrote to the parents of 200 babies, asking them to have their vaccinations all over again! (chad.co.uk, 4 March 2009).

I attempted to find out how many GP surgeries there are in the UK so that I could estimate how many vaccine refrigerators there are, using up energy, but I couldn’t find this information. When one considers how many babies are born each year, the number of vaccine fridges must be huge. For vaccine campaigns in the third world, the problem is even worse. Many countries do not have an electricity supply, particularly in remote areas, so medics have to use kerosene fired refrigerators. According to Unicef,
‘UNICEF is supporting the Ministry of Health in training health workers around the country to deliver the vaccine, sensitize families about the importance of vaccination with Prevnar and assist with all logistics –  including providing kerosene to fridges to keep the vaccine below eight degrees Celsius.’
(http://www.unicef.org/infobycountry/rwanda_48945.html)

Kerosene fumes are then released into the atmosphere, causing pollution and health problems to the local inhabitants. Kerosene poisoning may cause breathing difficulties, swelling of the throat, vision loss, earache, pain in the nose, abdominal pain, bloody stools, vomiting, burns of the oesophagus (food pipe), headaches, dizziness, drowsiness, staggering, weakness, low blood pressure, collapse, loss of consciousness and skin conditions. These communities are already disadvantaged by poverty, overcrowding and malnutrition, and every time there is a vaccine campaign, they also have to cope with the pollution resulting from it.
So extensive is the problem that the charity Greenpeace is rather misguidedly investing in a new solar powered vaccine fridge. Perhaps if they knew about the chemicals in vaccines, they wouldn’t be so enthusiastic. (http://www.greenpeace.org.uk/tags/solar-power).

Needles cannot be re-used because of the infection risk, so after a campaign, there are mountains of used syringes, needles and capsules to dispose of. They can’t be thrown away and there may still be viruses or bacteria on them, left over from the vaccine. The most commonly used method for getting rid of vaccine waste is to burn it. This is usually done by incineration or, sometimes in poor countries, by open pit burning.
The organisation No Harm, said

‘They (immunization campaigns) may be inadvertently exposing populations to serious environmental health threats. Harmful incinerator emissions like mercury and dioxin should not be the unintended outcome of health ‘prevention’ programmes. The burning of medical waste is a leading source of dioxins and mercury in the environment. Epidemiological studies on incinerators have indicated significant links between incinerator emissions and:

The other method, which is hyped as being ‘greener’, is encasing the vaccine waste in a concrete vault and burying it. While it does not cause the dioxins associated with burning, it is simply pushing the pollution underground. Our grandchildren and great-grandchildren will be walking on a sea of used vaccines. How many years can the medical profession realistically do this if they intend to vaccinate every child on the planet? There will be nowhere left to bury the waste.

Some third world countries have illegal vaccination businesses. Doctors from private clinics may buy used needles, left over from government vaccination programmes. It is totally normal for poor children to be sent out to look in the trash for used needles, which they then sell to clinics. These used needles then get re-used on unsuspecting patients.
According to a report by the World Health Organisation (WHO), in 2000, the reuse of contaminated vaccine syringes caused an estimated 21 MILLION Hepatitis B infections (33% of all cases), 2 million Hepatitis C infections (40% of all cases) and 96,000 HIV infections (2% of all cases). In Mexico, there are 32 deaths due to ‘medical care infections’ per 100,000 people every year. If you think that’s scary and you’re safe here in our westernized society, the same WHO report states that there are 5000 deaths in the UK, every year, attributed to ‘health care infections’. In the USA, one in every 136 patients becomes seriously ill from a hospital infection and there are 80,000 deaths due to medical intervention, every year.
The percentage of needles re-used without sterilization ranges from 1.5%-69.4% in developing countries and up to 96% of people in some countries have injections as part of their health care. 70% of these injections are completely unnecessary. (http://www.who.int/patientsafety/events/05/GPSC_Launch_ENGLISH_FINAL.pdf).