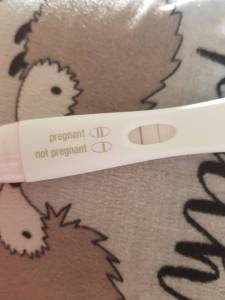 The Advisory Committee on Immunization Practices of the Centers for Disease Control and Prevention recommends influenza vaccination for women who will be in the second or third trimester of pregnancy during the influenza season. We analyzed hospital admissions with principal diagnoses of influenza or pneumonia and influenza-like illness (ILI) outpatient visits to study the effectiveness of influenza vaccine during pregnancy in protecting women and infants from influenza-related morbidity. Estimates of influenza vaccine effectiveness across five flu seasons (Fall 1997 to Spring 2002) were calculated using Cox proportional hazards models for women and infant study populations in Kaiser Permanente Northern California. Outpatient utilization outcomes included physician visits with a diagnosis of upper respiratory infection, pharyngitis, otitis media, asthma, bronchial asthma, viral infection, pneumonia, fever, cough, or wheezing associated with respiratory illness. Inpatient outcomes included hospitalizations with principal diagnoses of influenza or pneumonia. Women who received influenza vaccine during pregnancy had the same risk for ILI visits compared with unvaccinated women, adjusting for women’s age and week of delivery. When asthma visits were excluded from the outcome measure, we also found no difference in the risk of outpatient visits for vaccinated and unvaccinated women. Hospital admissions for influenza or pneumonia for women in the study population were quite rare and no women died of respiratory illness during pregnancy. Infants born to women who received influenza vaccination had the same risks for influenza or pneumonia admissions compared with infants born to unvaccinated women, adjusting for infant’s gender, gestational age, week of birth, and birth facility. Maternal influenza vaccination was also not a significant determinant of risk of ILI (excluding otitis media) outpatient visits for infants, nor did it significantly affect the risk of otitis media visits. Influenza vaccination during pregnancy did not significantly affect the risk of cesarean section, adjusting for the woman’s age. It also did not affect the risk of preterm delivery. Although the immunogenicity of influenza vaccination in pregnancy in mother and infant has been well documented, in this study, we were unable to demonstrate the effectiveness of influenza vaccination with data for hospital admissions and physician visits. One possible interpretation of these findings is that typical influenza surveillance measures based on utilization data are not reliable in distinguishing influenza from other respiratory illness. Hospitalizations for respiratory illness were uncommon in both vaccinees and nonvaccinees.

Vaccination During Pregnancy Does Not Prevent Respiratory Illness in Newborns

Swine Flu Vaccine Can Damage The Brains of Unborn Babies

French Woman Loses Her Baby At 38 Weeks After H1N1 Vaccine

A French woman. a health care worker, has lost her baby at 38 weeks two days after taking the Pandemrix swine flu jab.

Pregnant Women Warned Not to Get H1N1 Shot or Any Vaccine

Pregnancy May NOT be a Risk Factor for H1N1 Flu

Pano-Pardo J. V-652. Prognosis of 2009 A (H1N1) Influenza in Admitted Pregnant Women in a Context of Early Diagnosis and Therapy. Presented at: 50th Interscience Conference on Antimicrobial Agents and Chemotherapy; Sept. 12-15, 2010; Boston.

Newborn Dies after Mother was Vaccinated Against Flu in Pregnancy

Influenza Vaccination During Pregnancy: A Critical Assessment of the Recommendations of the Advisory Committee on Immunization Practices (ACIP)

Maternal transfer of mercury to the developing embryo/fetus: is there a safe level?

Comparison of VAERS fetal-loss reports during three consecutive influenza seasons: was there a synergistic fetal toxicity associated with the two-vaccine 2009/2010 season?

Pediatrician’s Warning About Vaccination in Pregnancy

Pregnant Woman Gets Pertussis from the DTaP Vaccine, Coughs for Last 3 Months of Pregnancy. Baby Gets Spinal Myxoma and Has to Have Back Surgery

In 2012, the UK began vaccinating all pregnant women against pertussis due to a lack of maternal immunity in vaccinated mothers and the resulting upsurge in pertussis in newborns. After this, cases of pertussis have increased. 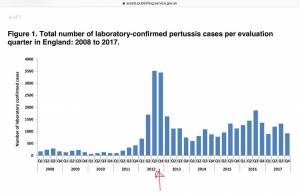