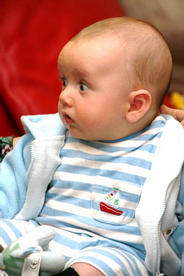 Infectious Diseases: Pneumonia (in the Vaccinated)…

An infant with meningitis caused by resistant pneu…

PneumococcaL meningitis in french children before …

In France, despite a high rate of pneumococcal conjugate vaccine coverage, the number of cases …

In this journal article, the author talks about th…

Serotype replacement in disease after pneumococcal…

Before any interventions were undertaken, the outbreak strain was isolated from nasopharyngeal …

An Outbreak of Multidrug-Resistant Pneumococcal Pn…