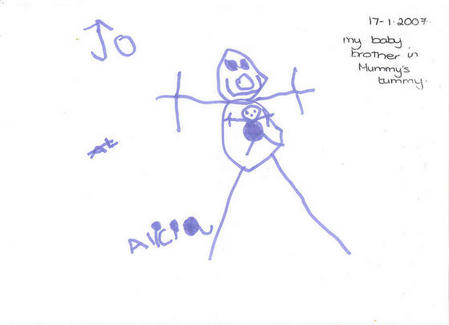 The Vaccine and Abortion Racket

It shocks many parents and even professionals alike when I mention that certain vaccines are cultured on aborted human foetal remains. The immediate response seems to be stunned silence followed by an incredulous ‘what?’ or just sheer disbelief. Even my health visitor exclaimed
‘Oh no, that can’t be right, you must have got that wrong!’ when I pointed out to her that the MMR vaccine she was promoting had aborted human baby in it.
It is a fact that to grow a virus or bacteria one must have an unclean medium on which to propagate the virus. To do this they would either use animal tissue, human blood products, genetically engineered yeast or aborted foetal tissue.

Foetal tissue is the preferred choice for many vaccinologists as it avoids potential contamination with animal diseases and cross-transfer of animal DNA into humans.
According to Dr. Philip Brunel, Chief Medical Editor of ‘Infectious Diseases in Children’, March 2003, ‘About 40 years ago, cells from human embryos were grown in tissue culture…These strains, in contrast to the malignant cell lines that were existent at the time, retained their normal chromosome number and did not produce tumours. It was soon found, moreover, that they would support the growth of many viruses. Varicella virus and hepatitis A viruses were propagated in these cells, whereas it was difficult if not impossible to grow them in other types of cells. They provided an almost ideal substrate for the production of some of the vaccines we now use. Before the discovery of these cells, some vaccines were grown in avian eggs or cells derived from avian embryos. Other vaccines (eg, polio) were grown in kidney cells obtained by killing monkeys. In contrast to the human diploid cells, each time cells were required, a monkey had to be killed to obtain their kidney to produce cell cultures. This not only put a drain on the monkey population but also carried the risk of harbouring monkey viruses, eg, SV40, which is known to be oncogenic in some species. Also, some of the monkey’s bit handlers and infected them with herpes B virus, which was often fatal.’

Vaccines That Use Foetal Tissue

Currently, the following vaccines in the UK contain aborted foetal tissue: MMR II, MMR (Priorix), MR, Rabies (Imovax), Hepatitis A (Havarix and Avaxim brands). Old style single rubella vaccines contained foetal tissue, as well as some brands of single measles vaccines and the Medeva polio vaccine which was withdrawn for safety reasons.
In the USA, there is also an inject able polio vaccine by Connaught Labs which contains foetal tissue, as does the Varicella (Chickenpox) vaccine.

This practice began in the 1960’s when lung tissue was taken from an aborted female foetus, for use in the rubella vaccine, after she was terminated for mental health reasons by the mother. They also took tissue from a 14 week old male foetus, aborted for the same reason.

Newer cell lines from fetal tissue includes PER.C6 cell line from Merck, which used tissue from an 18 week old baby whose mother aborted it because she didn’t know who its father was. They also used tissue from a 21 week baby and this line is being used in flu and TB vaccines as well as experimental vaccines that researchers are still working on, including maleria and rabies vaccines, cancer and HIV vaccines. The tissue used was from both babies eyes.

It states in this PDF document on page 77, that:

‘The PER.C6 cell line was made by Ron Beut and Frits Fallaux in 1995 from embryonic retina cultures that were made from fetal tissue’ (part of the eye of the unborn baby). I have a copy of this document should anyone want me to email it to them.

And here is the glossy brochure advertising the PER.C6 cell line from aborted baby, including all the new vaccines in the pipeline that they are developing from it:

Miscarried babies cannot be used in the production of vaccines since most miscarriages are due to chromosomal abnormality and therefore renders the tissue too dangerous to use in case there is any transference of disease into the vaccinated person. Early embryonic cells can also not be used as they are not large enough to take a tissue sample from, therefore all unborn children used in vaccine production must be over the age of 12 weeks gestation and without any genetic abnormality.

Even for those who are pro a woman’s choice, may find this disrespectful use of human remains challenging.
It also raises the question of how we as a society value human life and whether in fact we have the right to place more importance on one baby’s life than another baby? Is it right to inject one baby with MMR to protect him from measles, using the body parts of a dead baby? Should one baby die to save another and what makes the child who receives MMR more important than the child who was used to make the drug? Would mothers even want it if they knew they were injecting their child with human remains?

It also means that the abortion industry is profiting from the sale of vaccines which contain their by-products. Whilst this author understands that there are heartbreaking circumstances that lead a woman to termination, and most people don’t make this decision lightly, an industry such as this should never be allowed to profit from the destruction of human life. They may argue that they still use the same cell lines, but foetal tissue is still widely used in bio-medical research even today, and new vaccine cell lines are being developed.

There are also many religious groups who are opposed to abortion who would find the use of foetal tissue in vaccines, unacceptable. At the Catholic Bishops conference of England and Wales 1994, religious leaders prepared a report on the subject which called vaccine use of aborted foetal tissue ‘a kind of evil which is widespread in biomedical research and which people rightly think they should combat when they can…the practice of medicine is being made parasitic on the evils of abortion and foetal experimentation.’
They add that ‘refusing vaccination is one way of seeking to turn medicine from a course which will increasingly subvert people’s confidence in it.’
According to Ethical and Religious Directives for Catholic Health Care Services (4th edition, 2001), ‘”Catholic health care institutions should not make use of human tissue obtained by direct abortions even for research and therapeutic purposes” (Directive 66).
Other religions such as Mormons, Jehovah’s Witnesses and fundamentalist Christians are all opposed to abortion and see it as anti-scriptural so getting any foetal containing vaccine would be against their philosophy.

There are also health risks associated with using human foetal tissue in vaccines, including the transference of diseases and genetic material which the foetus was carrying prior to its death. (1. Plotkin, SA, et al. Attenuation of RA 27-3 rubella virus in WI-38 human diploid cells. American Journal of Diseases of Children. Aug 1969. 118(2): 178-85.).

Vaccinating with human body parts can cause the recipient to produce antibodies to human tissue. Children produce antibodies to every component of the vaccine, and not simply the viruses. This can cause demylination of the nerves and auto-immune disorders.
Children who have been vaccinated with MMR and later suffered autism have been found to have antibodies to their own brain tissue, and this may be a consequence of using foetal tissue in MMR. ‘Susana C. Silva, Catarina Correia and Astrid M. Vicente at the Instituto Gulbenkian de Ciência, Oeiras, Portugal and colleagues studied the blood of a large sample of individuals – 171 patients, 191 parents and 54 healthy controls – and report that autistic patients are in fact characterised by presenting in their blood high levels of non-inherited antibodies against the body’s brain tissue.’ (Dr Catarina Amorim; Journal of Neuroimmunology; Instituto Gulbenkian de Ciência, Observatório da Ciência e do Ensino Superior, Portugal; July 23, 2004 – http://www.sciencedirect.com/science/article/pii/S0165572804001213).

This article is not intended to upset or offend anyone who may have gone through the pain of termination. My sympathies are with anyone who has experienced pregnancy loss of any form.

Vaccines, biotechnology and their connection with induced abortion

Dr. Deisher testifies on the connection between vaccines and rising rates of autism

Anti-abortion mom wins right to not vaccinate her son

I am writing regarding unrefuted scientific facts about fetal DNA contaminants in the Measles-Mumps-Rubella vaccine, which must be made known to lawmakers and the public.

Merck’s MMR II vaccine (as well as the chickenpox, Pentacel ,and all Hep-A containing vaccines) is manufactured using human fetal cell lines and are heavily contaminated with human fetal DNA from the production process. Levels in our children can reach up to 5 ng/ml after vaccination, depending on the age, weight and blood volume of the child. That level is known to activate Toll-like receptor 9 (TLR9), which can cause autoimmune attacks.

To illustrate the autoimmune capability of very small amounts of fetal DNA, consider this: labor is triggered by fetal DNA from the baby that builds up in the mother’s bloodstream, triggering a massive immune rejection of the baby. This is labor.

It works like this: fetal DNA fragments from a baby with about 300 base pairs in length are found in a pregnant mother’s serum. When they reach between 0.46– 5.08 ng/mL, they trigger labor via the TLR9 mechanism. The corresponding blood levels are 0.22 ng/ml and 3.12 ng/ml. The fetal DNA levels in a child after being injected with fetal-manufactured vaccines reach the same level that triggers autoimmune rejection of baby by mother.

Anyone who says that the fetal DNA contaminating our vaccines is harmless either does not know anything about immunity and Toll- like receptors or they are not telling the truth.

This is direct biological evidence that fetal DNA contaminants in vaccines are not in low innocuous amounts. They are a very strong proinfla

Administration of fragments of human fetal (primitive) non-self DNA to a child could generate an immune response that would also cross-react with the child’s own DNA, since the contaminating DNA could have sections of overlap very similar to the child’s own DNA.

Duke University demonstrated in a recently conducted study that significant improvements in behavior were observed when children with autism spectrum disorder were treated with their own banked autologous cord blood. This treatment clearly shows that most children with autism are not born with it since genetic diseases like Down syndrome or muscular fibrosis cannot be treated with autologous stem cells. Therefore, an environmental trigger, or triggers, introduced to the world around 1980 when autism first began to rise, must be identified and eliminated or reduced in the environment.