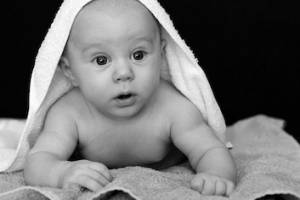 Aren’t the only children who die of these infections suffering from malnutrition or defects of the immune system?

Although infections such as measles and pertussis are much more likely to kill a child who is malnourished, these infections can also kill healthy, well-nourished children.

In the majority of cases, complications and deaths from childhood illnesses occur in those with pre-existing illnesses or disabilities, and those already vaccinated:

‘According to the DOH, in their book ‘Immunisation Against Infectious Diseases’,‘Before 1988 (when the MMR was introduced) more than half the acute measles deaths occurred in previously healthy children who had not been immunised.’ They quote the study C L MILLER. Deaths from measles in England and Wales, 1970-83. British Medical Journal, Vol 290, 9 February 1985, but if you actually read this study (which they are relying on parents not doing), you will find it actually says:
‘No attempt was made to establish further clinical details, vaccination history, or social class.’ – i.e. they didn’t know the vaccine status of the individuals. And: ‘90% of deaths in those previously normal occurred in those over the age of 15 months, when the vaccines are usually given’. These children were probably vaccinated prior to dying of measles as they were of vaccination age.
Nearly half the children who died were ‘grossly physically or mentally abnormal or both. The pre-existing conditions in the 126 previously abnormal individuals included cerebral palsy (24), mental retardation (20), Down’s syndrome (19) and various congenital abnormalities (22). There were nine children with immune deficiency or immunosuppression, and 19 aged 2-8 with lymphatic leukaemia, a number of them in remission.’

It is true that very rarely, a healthy child may die of a childhood illness. But to put this in context, there are far more children who die in car accidents than ever died of a childhood disease, yet we don’t stop driving our children around in cars.

Your child has a far higher chance of dying of cancer than a childhood disease. Yet in the 19th and early 20th centuries, it was virtually unheard of. It may be that through vaccinating, we are swapping our infectious disease death rates for cancer death rates.

That isn’t true. There have been studies which show that having childhood illnesses can stimulate the immune system.

Children who have measles are less likely to develop asthma later in life. According to research from the University of Aberdeen, scientists have found that early exposure to measles appeared to protect against the allergic condition.

The team studied 300 people from 1964, and monitored their allergic responses and immune systems regularly, over 30 years.

Suspicions are growing amongst the medical profession that the growing incidence of asthma in Britain is connected to the cosseting of children from disease. Some research has suggested that exposure to infections such as measles, hepatitis A and TB may prevent allergic conditions.

Here are some other studies showing measles strengthening the immune system:

A 6-year-old girl suffering from severe psoriasis had been treated unsuccessfully by various conventional methods. She developed measles and, on recovery from measles, the psoriasis soon cleared up and now, 6 months later, she still has had no further recurrence. The basic defect in psoriasis, basal cell hyperplasia and defective keratinization, may well be immunologically mediated. Measles virus, by its immunosuppressive effect can lead to remission of psoriasis.

Kids Who Have Measles Have Less Allergies:

BACKGROUND: Epidemiological studies have led to speculation that infections in early childhood may prevent allergic sensitisation but evidence to support this hypothesis is lacking. We investigated whether measles infection protects against the development of atopy in children of Guinea-Bissau, West Africa. METHODS: We conducted a historical cohort study in Bandim, a semi-rural district of Bissau, the capital of Guinea-Bissau. 395 young adults, first surveyed in 1978-80 aged 0-6 years, were followed up in 1994. Our analyses were restricted to 262 individuals still living in Bandim for whom a measles history, documented in childhood, was judged to be reliable. We defined atopy as skin-prick test positivity (> or = 3 mm weal) to one or more of seven allergens. FINDINGS: 17 (12.8 percent) of 133 participants who had had measles infection were atopic compared with 33 (25.6 percent) of 129 of those who had been vaccinated and not had measles (odds ratio, adjusted for potential confounding variables 0.36 [95 percent CI 0.17-0.78], p=O.O1). Participants who had been breastfed for more than a year were less likely to have a positive skin test to housedust mite. After adjustment for breastfeeding and other variables, measles infection was associated with a large reduction in the risk of skin-prick test positivity to housedust mite (odds ratio for Dermatophagoides pteronyssinus 0.20 [0.05-0.81], p=0.02; D farinae 0.20 [0.06-0.71], p=0.01). INTERPRETATION: Measles infection may prevent the development of atopy in African children.

Seizure Disorders DISAPPEARED after infection with rotavirus, measles and mumps:

In general, epileptic seizures become more serious following infections. However, transient and permanent improvement of epileptic seizures has been observed following acute viral infections, without a recent change in anti-epileptic therapy. Questionnaires were sent to 73 institutions, throughout Japan, where pediatric neurologists care for children with epilepsy to characterize this phenomenon through clinician survey. Completed surveys were received from 11 institutions, and 21 cases were selected for the study. The age of the patients were 6 months to 17 years. The West syndrome or epilepsy subsequent to West syndrome cases were 16 out of 21. Two cases of symptomatic generalized epilepsy and one case each of symptomatic partial epilepsy, continuous spike-waves of slow sleep and severe myoclonic epilepsy in infancy were also reported. These seizures disappeared within 2 weeks subsequent to viral infections such as, exanthema subitum, rotavirus colitis, measles and mumps. The disappearance of intractable epileptic seizures following acute viral infections might be related to the inflammatory processes or the increased levels of antibodies after viral infections.

Is vaccination safer when my child is older, rather than at 2 months of age?

In 1975 and 1976, the Japanese increased the vaccine starting age to 2 years old, and cot death disappeared. They jumped from 17th place in infant death rate, to the lowest rate in the world.

In 1988 they lowered the vaccination age to 3 months old, and cot death rates rose again.

According to One World South Asia, child death rates have lowered at the same time as ‘immunisation’ rates:

Two recent health surveys carried out by the Government have thrown up mixed results. While one reports that the Infant Mortality Rate has fallen below 60 for the first time in the country, the worrying sign is that the already low immunisation rates are showing further decline.

Immunisation rates seem to have fallen across the country, including Uttar Pradesh and Bihar, which account for 40 per cent of the total children in the age group of zero to one who need immunisation. But unlike Uttar Pradesh, Bihar has shown only a marginal decline, from 24.4 to 22.4 per cent.

Experts believe that the focus on polio eradication, at the cost of routine immunisation, could have contributed to the decline.

There is good news, however, on the infant mortality front. For the first time, India has reported IMR below 60, with the survey from Registrar General of India released recently showing 58 deaths per 1,000 live births in the country.

The infant’s immune system is not fully developed until he is 6 years old, and when he is newborn, he doesn’t have his own immune system. He relies on antibodies left over from the placenta, and his mother’s breast milk. Very young babies who are vaccinated can have complications and even death.

The peak rates for cot death occur between the ages of 2 and 6 months, when the vaccines are being given.

Surely, I’m not the only oldtimer who finds it curious that cases of measles – even as few as one or two in a region – are now the stuffof news headlines. Has something changed about the disease that most of us got, then got over, then never thought about again? It would have been about 50 years ago, one year after the widespread introduction of the measles vaccine, that I walked into the kitchen, showed my mom my speckled belly, and said, “I think I have measles.”

Other than that, however, I don’t remember any details of my affliction, just that it came and went without much trauma.

And I certainly don’t remember my mother evincing any panic on that day of discovery. If measles has deadly properties, they were not part of the social dialogue back then. Mom did tell me one thing: “Well, once you get over it, you’ll never get it again.”

Nowadays, we read that measles can be fatal in around one out of 1,000 cases, depending on the source. That’s obviously a concern, although it would be useful to know if those fatalities occur predominantly in people with ill-developed or otherwise compromised immune systems in the first place.

In any event, the U.S. Centers for Disease Control says that around 164,000 people die from measles complications each year, worldwide, with over half of those in India. Like most maladies, measles is much more of a threat in areas of poor sanitation and lack of medical care. In other words, measles is far from the bubonic plague. I thus consider it fearmongering of the worst order to send 100 unvaccinated Western Canada High School students home for two weeks to prevent the spread of measles.

For one thing, I thought there was such a thing as medical privacy; that is, not announcing to the world what procedures people have or have not undergone. These kids have been wrongly outed, in my view, and don’t deserve the tide of hatred that has been washing over them (and their parents) via article commentaries and social media. The opprobrium is unreal: Kick them out of school forever, people write. Put the parents in jail. Let all of them die from their stupidity.

Of course, the logical flaw in this is that if your kid is vaccinated, and the vaccination does everything it’s supposed to, what are you worried about? People reply, however, that it’s to protect those who can’t be vaccinated, for whatever reason. By that logic, perhaps all of us should be under quarantine because there are some extremely frail people out there who can’t so much as catch our colds.