Killer Measles Vaccine Is Withdrawn And Other Vaccine Death Cases 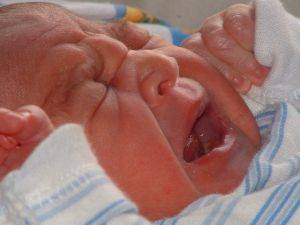 A mother recounts the horror she faced at the immunization centre.

The measles vaccination programme may be suspended across the country. Tamil Nadu has already taken this drastic step after the death of four babies in Thiruvallur on Wednesday.

Ninety lakh measles vaccines procured from Indian Immunological Ltd in Hyderabad have been withdrawn by the Health Ministry.

Health Ministry has said that vaccines were a trial order from the private, Hyderabad-based company and States that have been supplied by the company were warned.

The Union Health Ministry has rushed two experts and the vaccine has been sent for testing. The official report will take two days but it seems there was some toxin in it.

There are also reports that the medical camps did not have any provisions for emergencies.

The Centre had no choice, 45 lakh doses have already been sent to various states. Of that 20 lakh doses went to Tamil Nadu alone.

Sources told NDTV that doctors have concluded that the four children died because of the vaccines.

”Anbumani Ramadoss has told me that the government of India is stopping the measles vaccine programme across the country. Tamil Nadu has already suspended the immunization programme throughout the state,” said M R K Paneerselvam, Health Minister, Tamil Nadu.

In Tamil Nadu a mother, Arputhamaal, who was blessed with a girl baby twenty years after her marriage, lost her child to the killer vaccine. The ten-month-old died on Wednesday soon after she was administered measles vaccine, in the Thiruvallur district of Tamil Nadu.

Three other babies too lost their lives after vaccination at their neighbourhood government health centre.

Arputhamaal was inconsolable and visibly shaken after she lost her child.

”I had not taken my daughter to the hospital even once after the birth. And the first time she was taken she died, said Arputhamaal, a mother.

Another mother recounts the horror she faced at the immunization centre.

The state government has ordered a probe. According to the health officials, the vaccine was supplied by the Central government-owned Human Biological Institute in Hyderabad.

There’s a pal of gloom along with simmering tension in the area.

While the government has announced a compensation of Rs three lakh to families, there is no consolation for those who have lost their innocent children.

Ironically, Tamil Nadu is in the forefront of the vaccination movement in the country. The state has successfully eradicated polio and several other diseases.

Aurangabad (Maharashtra): Four infants died and six others were gasping for life in a government hospital here on Saturday, a day after they were administered a measles vaccine at a primary health centre.

The four children dead, Kalyani Baburao Gaikwad, Krishna Somnath Gaikwad, Shubham Nagesh Gaikwad and Pramod Raghunath Gaikwad, all less than a year old, were rushed to the government hospital as they took ill following inoculation of the vaccine at the Jategaon primary health centre in Waghola village near here.

Even as frantic efforts were on to save the lives of the six seriously ill children who too were given the vaccine from the same batch, the health department set up a three-man committee of paediatricians – A P Kulkarni, L S Deshpande and A K Bindu to probe the tragic incident, hospital sources said.

While neither hospital dean Nandkumar Dravid nor any health department officer was available to give details like the number of children in the district given the vaccination and the status of their health, unconfirmed reports said all 40,000 vaccines supplied in the district are being withdrawn.

Here’s another clip from the same incident: Panic As Vaccine Kills 4

Four children have died in Maharashtra’s Aurangabad district after being given a measles vaccination.

The incident, which occurred in Waghola villlage, not only exposed flaws in the state’s rural health system, but also raised serious concerns among parents. Many of them now say they would rather not vaccinate their children.(Watch)

Sharifa’s 10-month-old baby girl is due for a measles shot. But she is not sure she wants to give her any vaccine. “I know it’s important to give the vaccine, but what if something goes wrong and I lose her? Who will be responsible?” she asks.

Rashidha, daughter of Raja (32) was given a dose of measles vaccine at the Jaderpalayam Primary Health Centre (PHC) on Tuesday. After returning home, the child developed high fever and was immediately taken to the same PHC where she was treated by a staff of the hospital. Dr Kumar who worked in a PHC in a nearby village then treated the child.

But Rashidha’s condition worsened. Her stomach became bloated and she suffered loose motion.

This morning, as the child became weak and fainted, the parents rushed her to the Tiruchengode GH where the doctors declared the baby “brought dead.” Getting suspicious of his daughter’s death, Raja informed the local police.

Measles Vaccine Kills 4 Kids – This Is A DIFFERENT Case Than The One Above!

Four children, aged between nine months and one-and-a-half years, died just hours after being given measles vaccine at a health sub-centre in the Nimua area of Baksa district this morning.

The children, identified as Bikash Dorjee of Kursijhar, Pramod Barman of Baganbari, Pamit Barman of Narsingbari and Bhagyasri Swargiary of Dikiajan, had high fever and bouts of vomiting before breathing their last at their homes except for one, who died in hospital.

Health department officials said the real cause of death would be known by tomorrow afternoon after the post mortem. The vaccines will be sent for tests.

The vaccine is given every Wednesday under the National Rural Health Mission. Nearly 15 children took the vaccine at the Nimua health sub-centre today.

A Bangalore-based institute manufactured the vaccine with an expiry date of December 2009.

The government tonight ordered a probe into the deaths, besides announcing Rs 1 lakh each for the family of the deceased.

Additional chief secretary P.P. Verma, who will conduct the probe, has been asked to submit the report soon.

A five-member team from the Union health ministry is scheduled to visit Nimua health sub-centre tomorrow to take stock of the situation.

In a shocking incident, four children aged below one year died allegedly after they were administered vaccination against measles in Baksa districts today morning. The deceased infants, all between age group of nine and eleven months, have been identified as Prabin Barman, son of Bidya Barman, December Bagla, son of Rakesh Bagla, Bhagyashree Swargiyary, daughter of Dhanjit Swargiyary and Bikash Dorjee son of Jang Bahadur Dorjee.

These babies were reportedly vaccinated against measles in different health centres under Nimua PHC in Baksa district. The expectations of the parents to keep their children protected from the disease shattered within hours as their wards died without getting any treatment.

As the report of the deaths spread in the rural areas, mothers whose children were administered the vaccine today, went panicky and created an unprecedented rush to the nearby dispensaries and to the Barpeta Road 30-bed hospital. Sources said that the casualties may rise as several more children have fallen sick after the vaccination programme.