Vaccines And How They Are Made

HomeVaccines And How They Are Made 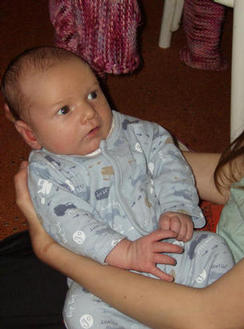 All parents, medical professionals and people with an interest in public health matters should be heedful of vaccines and have some knowledge about them. When your child gets a vaccine shot, do you know what it contains? When your doctor tells you about the importance of vaccination, do you want to hear the other side of the debate?

It is the goal of the Vaccine Awareness Network to spread understanding and encourage discussion about vaccines, addressing the arguments and investigating the evidence about claims regarding the effectiveness, limitations and risks of vaccines.

During the first few years of infancy, your child will be given as many as 71 vaccines, since one injection may include multiple vaccines, sometimes with different strains of the same virus. Here is the UK vaccination schedule, according to NHS Choices:

A vaccine is a preparation made from microbes, pathogens or toxins given in order to create an immune response and create a resistance to the disease in question.

The theory behind vaccination is that when the immune system is exposed to a weak version of the disease, this will stimulate the production of antibodies, which will be present in your child’s system to neutralise the disease in case of exposure. While this explanation of the effectiveness of vaccines may be partially sound, it gives an incomplete picture of the functions of the immune system, which go beyond the production of antibodies.

Vaccines are manufactured using animal or human tissue to grow the virus or bacteria, as they cannot grow without favourable conditions. An elution agent, a solvent is then used to extract the contagion from the culture medium. in several vaccines this is a chemical containing cyanide, potassium thiocyanate. As the science is not exact, trace amounts of the culture medium and the elution agent will be present in the finished product. As potassium thiocyanate – a cyanide compound – is used in the manufacture of some vaccines such as pneumonia, hepatitis B and some cancer vaccines, it will be present in the vaccines in trace amounts. Potassium thiocyanate is an allergen for some people, which can cause an anaphylactic reaction, an extreme allergic reaction which can lead to swelling, rashes, shortness of breath, nausea, low blood pressure and in some cases death. After the vaccine is isolated preservatives are added such as thimerosal, a 49% mercury compound, or 2-phenoxyethanol, the main ingredient of anti-freeze. Other chemicals are used as sterilant to prevent contamination of the vaccine during manufacturing.

What side-effects can these chemicals cause?

Aluminium: Aluminium is a carcinogen, that is capable of causing cancer. The bureau of Biologics stated that ‘there is little doubt that some of the material containing aluminium as an adjuvant appears to be carcinogenic…’
In animal tests, it caused fibrosarcomas at the injection site. (You can read more about this in Jamie Murphy’s book, ‘What Every Parent Should Know About Immunization’, Earth Healing Products). Aluminium has also been linked to memory loss, lack of concentration, dementia and other brain injuries.

Formaldehyde: Formaldehyde is a class 1 carcinogen, labelled by the Environmental Protection Agency in the US as a ‘hazardous waste.’
According to Dr. Penny Stanway, famous author of ‘Breast Is Best’ and ‘Green Babies’, ‘sensitivity to formaldehyde has been linked with eye, nose, throat and lung irritation, headaches, depression, memory loss and dizziness. 1 in 5 people exposed to formaldehyde may be affected…’
She goes onto say in a chapter about vaccination, that ‘Parents in a green family come up against a difficult decision, whether to submit their child to immunisation..in affect, the decision comes down to a choice between what is best for your child and what is best for everyone else’s children. From a green point of view, the latter might be the preferred choice.’
Clearly, this shows that even doctors themselves are sometimes unaware of the toxic ingredients in vaccines, they simply administer them.

Neomycin and other antibiotics: These suppress the immune system, leaving the child more susceptible to colds and virus. Some children are also allergic to them. Repeated use of antibiotics can render them ineffective against major illnesses such as meningitis. They have also been linked with the rise in allergies such as asthma and eczema.

Octoxynol 9 contains glycol ether which is toxic and has been directly linked to infertility problems in men. Namely low sperm count, abnormally shaped sperm and sperm with poor motility. Painters and decorators in particular have been warned not to work with paints containing glycol, yet it is happily injected into male babies.

Polysorbate 20 and 80 are detergent type chemicals. After injection they convert into sorbitol and ethylene oxide which is more toxic than the original chemical. It can cause changes in heart function, infections of the blood/brain barrier, seizures and even death. Polysorbate 80 is also a known infertility agent used by the Population Council of WHO in the development of anti-pregnancy vaccines since the 1960’s.

Sodium Borate is neuro toxic and not meant for internal use, yet it is used in some vaccines, including the new Gardasil vaccine for cervical cancer. At a cellular level it can cause changes to DNA. Symptoms include nausea, vomiting, diarrhea, flushed skin, changes in respiration and pulse, lethargy, seizures, shock, metabolic acidosis, vascular collapse and death. It can also cause mental illness such as depression, mental confusion and hyperactivity. It may be a clue as to why there are so many children with depression and behaviour disorders.