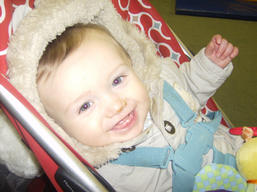 Tetanus, also known as lockjaw, causes stiff muscles, particularly in the neck and jaw. Other symptoms are a hard abdomen, painful spasms of the muscles and respiratory tract, which can cause breathing difficulties. If caught, the disease is serious, but it’s extremely difficult to actually contract tetanus.

It is primarily caused by the improper cleaning of wounds, where the wound has been bandaged up without being cleansed, or stitched using unsterile instruments, something which rarely occurs in developed countries. Even then, the Clostridium tetani spore would also have to be present in the wound, and unlike what medics tell you, these spores aren’t ‘everywhere’.

During the 2nd World War, only 5 American soldiers died of tetanus, despite being up to their eyes in mud in the trenches. All five of these soldiers had been vaccinated against tetanus, one had received a full programme of shots, the others had been partially vaccinated.
The British Army had 22 cases of tetanus in which 11 people died. All of the deaths were in tetanus vaccinated soldiers. The 11 survivors were unvaccinated. (Dittmann, S. Atypische Verlàufe nach Schutzimpfungen. Johan Ambrosius Barth Leipzig, 1981; 156).

Most tetanus cases occur in third world countries and many of these are caused by umbilical stump infections in newborns, where the cord has been tied off in unsanitary conditions.
In Western countries, tetanus is rare. For instance, Germany has only 17 cases a year. (Mass für Mass – Tetanus-Impfung (Tetanol u.a.). Arznei-Tel, 1994; 7:60).
Unlike childhood diseases, it isn’t possible to gain natural immunity to tetanus. If you’ve had it once, you can have it again. The body does not produce antibodies to Clostridium Tetani. Vaccination is the act of injecting a viral or bacterial substance into the body to make it produce antibodies to that disease. However, since no natural antibodies can be made, then there is no possible way that artificial antibodies could be made either. If the disease cannot give you protection, then how can a vaccine? It is likely that any raised antibody level seen after vaccination is the result of adjuvants (toxic heavy metals which are added to increase the body’s antibody response). In the case of tetanus vaccine, this substance is aluminium.
Antibodies themselves are not an indication of immunity – this is just one function, which is vastly different from whole body immunity.

According to Vieira et al: ‘This minimal protective antibody level is an arbitrary one and is not a guarantee of security for the individual patient.’ (Vieira, B.l.; Dunne, J.W.; Summers, Q.; Cephalic tetanus in an immunized patient. Med J Austr. 1986; 145: 156-7).

It is widely known that even those antibodies caused by tetanus vaccine adjuvants will wane or disappear completely within 5 to 10 years. That is why children have a pre-school ‘booster’ at 4 years old, despite being vaccinated 3 or more times as a baby, and why it is repeated again at 15, and in some countries, at 12. It is estimated that over 50% of the adult population is not up to date on their tetanus vaccination and therefore, unvaccinated. If it was truly vaccination that was keeping tetanus rates low, then why are there not dozens more cases of tetanus with all these adults running around? It certainly isn’t in line with their herd immunity theory, where they assert 95% of people have to be ‘immunised’ or it won’t work.

Vaccination also mimics the way in which people get tetanus (the spore entering through a deep puncture wound) – exactly the same as with an injection, so it is possible to get tetanus from the vaccine.