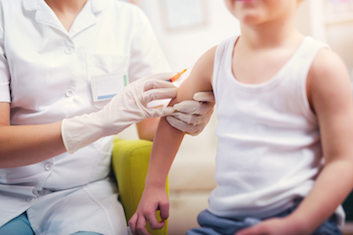 Information About The Safety Trial of Gardasil

Dr. Diane Harper was a lead researcher in the development of the HPV vaccine Her HPV-vaccine trial papers were amongst the first I found when I started researching Gardasil. In 2004 Dr. Harper was excited about the the possibilities for the HPV-vaccine. By March, 2007 she had become an out spoken, and often quoted critic of Merck’s HPV-vaccine Gardasil and how it was being marketed to the American public. She has expressed that neither Merck, CDC nor the FDA have been forthright about the trials prior to vaccine licensure of Gardasil June 2006.

Merck’s clinical trials did not prove the human papillomavirus (HPV) vaccine, designed to prevent cervical cancer and genital warts, is safe to give to young girls. Merck and the FDA do not reveal in public documents exactly how many 11 to 15 year old girls were in the clinical trials, how many of them received hepatitis B vaccine and Gardasil simultaneously, and how many of them had serious adverse events after being injected with Gardasil or the aluminum placebo. For example, if there were fewer than 1,000 little girls actually injected with three doses of Gardasil, it is important to know how many had serious adverse events and how long they were followed for chronic health problems, such as juvenile arthritis.

The study consisted of 2,392 young women. 36 percent were disqualified primarily because they had detectable HPV markers before the trial. The study was selected for women who showed some sort of robust natural immunity that kept them from expressing the HPV markers. 859 were excluded from the final data analysis for technical reasons and the vast majority were found to be infected with HPV-16 before getting the vaccine.

Of 1,533 women who remained, half were given the vaccine and half the placebo shot. The placebo used contained a potentially reactive aluminum and a non-reactive saline solution. A reactive placebo can artificially increase the appearance of safety of an experimental drug or vaccine in a clinical trial.

Animal and human studies have shown that aluminum adjuvants can cause brain cell death and that vaccine aluminum adjuvants can allow aluminum to enter the brain, as well as cause inflammation at the injection site leading to chronic joint and muscle pain and fatigue. Nearly 90 percent of all Gardasil recipients and 85 percent of aluminum placebo recipients reported one or more adverse events within 15 days of vaccination, particularly at the injection site. About 60 percent of those who got Gardasil or the aluminum placebo had systemic adverse events including headache, fever, nausea, dizziness, vomiting, diarrhea, myalgia. Gardasil recipients had more serious adverse events such as headache, gastroenteritis, appendicitis, pelvic inflammatory disease, asthma, bronchospasm and arthritis. Gardasil contains 225 mcg of aluminum and, although aluminum adjuvants have been used in vaccines for decades, they were never tested for safety in clinical trials. Merck and the FDA did not disclose how much aluminum was in the placebo.

Fifteen women in the Gardasil group and 16 in the placebo group gave birth to babies with abnormalities. Five of the babies were conceived by women 1 month after they received the vaccine. The rest were conceived by women after 1 month of injection with Gardasil. In the same report, Gardasil was also found to cause an increase in abnormal/precancerous cells in the cervix. It doesn’t take rocket science to intelligently translate that into an increased risk for cervical cancer. Contradictory to Merck’s ad campaign of “one less”, girls taking the vaccines are actually at an increased risk of being one more in the cervical cancer statistics. Of those who received the placebo shot, 41 women became infected with HPV-16, and nine of them had precancerous cervical growths.

Then the study used a cancer detection method which is known to be inaccurate, with a rate of false negative test results that ranges from 1 percent to 93 percent, despite the fact that it is the only test currently available in the United States to screen women for signs of cervical cancer. (A false negative result means that women who have cervical cancer or precancerous tissues are not being identified when they have a Pap smear.)”

The women in this study were only monitored for HPV infection if they show a positive Pap smear. But since even the CDC recognizes that the Pap test produces a wide range of false negative results, the HPV study’s Pap test is so unreliable that the rest of the study is raises much suspicion.

A positive result was defined as any PCR signal that exceeded the background PCR level associated with an HPV-negative sample of human DNA. This is a risky protocol because PCR tests are plagued with false positive reactions (a positive signal that is not a true detection of the target). Since the authors show no data or reference to data on a secondary test that confirms the gene sequence of a positive signal, they cannot conclude that they are measuring HPV.”

Dr. Diane Harper, a lead researcher in the development of the HPV vaccine has studied the Human papillomavirus for over 20 years. She states that giving this vaccine to girls as young as 11 years old is a “great big public health experiment” and that it has NOT been tested for effectiveness for them. She also says that it will not protect girls at all that are as young as nine years old.

Harper feels the ideal way to vaccinate women is to offer it at 18 years of age. She says these women should be screened for HPV. If the test results are negative then they should schedule the 3 shot series. She admits that if the test comes back positive there is truly no understanding of how to medically respond to that.

“The zealousness to inoculate all these younger girls may very well backfire at the very time they need protection most.” Harper says. “This vaccine should not be mandated for 11-year-old girls,” she reiterated. “It’s not been tested in little girls for efficacy. At 11, these girls don’t get cervical cancer – they won’t know for 25 years if they will get cervical cancer.” Clearly if it has not been tested for efficacy in 11 year old girls, it is neglectful and wrong for CDC and politicians to even suggest [much less recommend] the vaccine to be effective or safe for nine year old girls. Physicians should be careful not to follow in such disgrace by administering the vaccine to these young girls.

“Merck lobbied every opinion leader, women’s group, medical society, politicians, and went directly to the people — it created a sense of panic that says you have to have this vaccine now,” Angela Raffle, a specialist in cervical cancer screening with the National Health Service in Britain said “There is no need to rush… If we do this quickly and badly, we could cause more deaths,” from side effects, for example, or from giving girls false security that they are protected for life and no longer need to be screened.

“Also, the public needs to know that with vaccinated women and women who still get Pap smears (which test for abnormal cells that can lead to cancer), some of them will still get cervical cancer,” says Harper.

Merck has not been able to prevent cancer. Not in the trials and not now. Gardasil is not 100% effective against HPV. Harper reminds us that it is only 100% effective against two types of HPV. Those would be the two high risk types [HPV-16 and HPV-18]. The other two [HPV-6 and HPV-11] are low risk and have not been associated with cervical cancer.

In a 1998, study on the Transmission of Cervical Cancer-Associated Human Papilloma Viruses from Mother to Child, posted on the Interviology, Karger.com web site, the authors stated that: “ …HPV have been detected in asymptomatic women, infants and children. Several studies have demonstrated that infants can acquire high-risk HPV infections from their mothers at birth. Thus, the traditional view that cervical-cancer associated HPV infections are primarily sexually transmitted needs to be re-assessed. …the role of mother to child transmission of cancer-associated HPVs may need to be investigated further. These facts are pertinent to those developing prophylactic vaccines to prevent high-risk HPV infections and cervical carcinoma.”

Exposure of HPV to infants and children prior to inoculation; raising concern that the vaccine will be rendered ineffective. In a September 12, 2008 news release, the FDA stated that: “There was no evidence for benefit among women found to have been previously infected, prior to immunization, with the HPV types included in the vaccine. Therefore, to receive Gardasil’s full potential for benefit, it is important to be vaccinated prior to becoming infected with the HPV strains contained in the vaccine.” If a young girl already has HPV-16 and HPV-18 markers before inoculation, the vaccine will not protect her from infection of those strains. The only way to test for the presence of HPV is to conduct a vaginal swab, which is inappropriate to do with young girls. Merck assumed that because older girls did not show up with HPV markers after inoculation, the young girls (as young as 9 years old) would be protected as well.

Sound science does not run on assumptions.

Clearly, three years of studying the safety and efficacy of a vaccine against a cancer that takes decades to develop is not long enough. There is no science in fast tracking trials or a vaccine for cervical cancer and then presuming safety and efficacy. The third phase of the trial was not even completed before the vaccine was licensed. “There is too little long term safety and efficacy data, especially in young girls, and too little labeling information on contraindications for the CDC to recommend Gardasil for universal use, which is a signal for states to mandate it,” says Barbara Fisher. “Nobody at Merck, the CDC or FDA know if the injection of Gardasil into all pre-teen girls – especially simultaneously with hepatitis B vaccine – will make some of them more likely to develop arthritis or other inflammatory autoimmune and brain disorders as teenagers and adults. With cervical cancer causing LESS than one percent of all cancer deaths in American women due to routine pap screening, it was inappropriate for the FDA to fast track Gardasil. It is way too early to direct all young girls to get three doses of a vaccine that has not been proven safe or effective in their age group.“

In June, 2006, after Gardasil’s FDA approval, the CDC’s The Advisory Committee on Immunization Practices (ACIP) recommended the Merck HPV-vaccine as a school attendence requirement for girls. In September, 2006, Michigan was the first US state to propose a bill that would recommend the vaccine for girls registered in the public schools. Utimately, the Michigan legislature voted against manadating the Gardasil vaccine for school girls. Merck was down but not out they still had every expectation for Gardasil mandates from the state governments of Texas, Pennsyvania, Virginia, and Colorado.