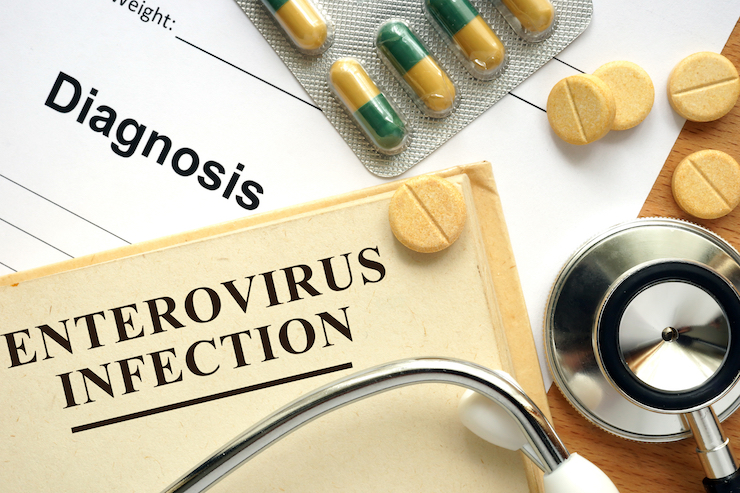 Four vaccine-related polioviruses (VRPV) were isolated from aseptic encephalitis cases in Yunnan, China in 2010. The genomic sequences of these VRPVs were investigated to gain a better understanding of their molecular characteristics.

Molecular typing was performed by amplification and sequencing of the VP1 region. The genomic sequences of the four VRPV3 strains were compared to vaccine strain and wild strain sequences to study genetic drift and recombination.

All four isolates could be entirely neutralized by polyclonal poliovirus 3 (PV3) antisera but not by PV1 and PV2 antisera and displayed a temperature-sensitive phenotype. The genomic sequences of all four isolates contained two Sabin 3-specific attenuating mutations at nucleotides 472(C → T) and 2034(C → T), but a third Sabin 3-specific attenuating mutation at position 2493 (T → C) had reverted back to a T. Recombination analyses showed RF108/YN/CHN/2010 and RF134/YN/CHN/2010 strain recombined with Sabin 2 at the 3′-end of the 2C to 3′-untranslated region (3′-UTR) and at the 5′-end of the 3D to 3′-UTR, respectively.

Four VRPV3 strains including two type 3/type 2 intertypic recombinants were identified. The recombination of Sabin vaccine strains with other Sabin serotypes or human enterovirus C species could be a critical factor in the potential of emerging viruses and related disease outbreaks. Therefore, it is essential to be persistent in the surveillance of EVs (including PV).