HomeGardasilDoctor Won’t Give His Daughters Gardasil... 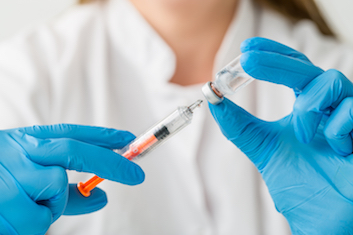 Dr. Scott Ratner, a New York cardiologist, will not give his other daughters the HPV vaccine, after one daughter became very ill following the injection.

“If I had to do it again, my wife and I, both physicians, we would not do it,” he said.

Wednesday’s issue of the Journal of the American Medical Association features a government analysis of 12,424 voluntary U.S. reports of post-vaccination “adverse events,” ranging from headaches to death. And a consultant to Merck, which produces the vaccine, has expressed concerns.

Gardasil protects against the four most common types of human papillomavirus (HPV), which is the most common sexually transmitted infection (STI) in the U.S.

Dr. Jennifer Shuford, director of applied science at the Medical Institute for Sexual Health, said the vaccine is relatively new and its long-term effects are not known. She also noted the vaccine does not protect against other STIs.

“We really encourage people to avoid sexual activity before they’re in a lifelong, monogamous relationship in order to avoid all of the negative consequences of early sexual activity,” she said.