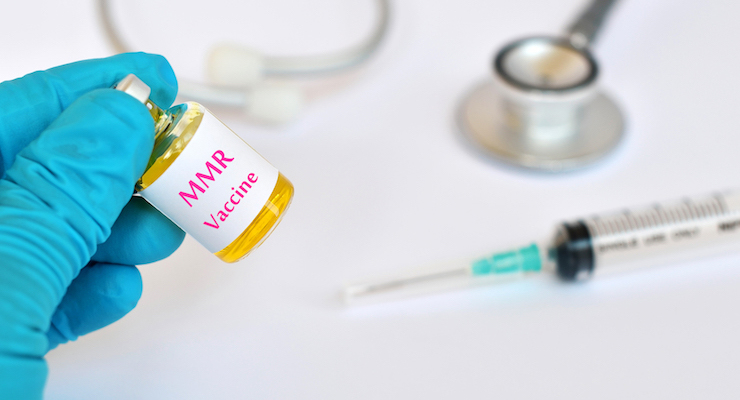 Posted 16th October 2017 in MMR 666 0 0
Shawn and Shelley Wallace had their daughter inoculated with the MMR (measles, mumps, rubella) vaccination in December.

Five days later she fell ill with a high temperature.

She was given medication but did not recover for close to six weeks.

Kate’s lack of response to noise in her surroundings alerted Mrs Wallace to potential hearing problems. After tests she was diagnosed with permanent hearing loss in both ears.

Kate’s deafness followed a worrying and puzzling time for the family.

She had her MMR inoculation on December 16.

By the following Monday she had a high temperature and was generally unhappy.

She was given medication but by Christmas Eve her skin was blotchy, so Mr and Mrs Wallace took their daughter to an accident and emergency clinic.

Kate was given antibiotics for an ear infection but by Christmas Day she stopped walking and was unresponsive to activity around her.

After another A&E visit she didn’t get worse but got no better. A viral infection was diagnosed.

It was nearly the end of January before she regained her confidence to walk again and was back to her happy self.

However, Mrs Wallace says, she was unresponsive.

“She did not respond when we shook the car keys to say we were going out,” she says.

“She just sat on the couch and continued to play with her toys.

“When the dogs barked she didn’t point at them like she usually did. I realised something was wrong.”

So the Wallaces did some “home tests”.

“We banged some pots together right behind her but she registered no fright,” Mr Wallace says.

A hearing test was prescribed and her hearing loss was officially confirmed.

The system swung into action with visits to therapists and audiologists at The Hearing House, hearing specialists at the Manukau SuperClinic, Starship hospital and the Northern Cochlear Implant Trust, which has the Ministry of Health contract to provide an implant programme for the northern region.

No one, however, will sheet the deafness back to the inoculation, say the Wallaces.