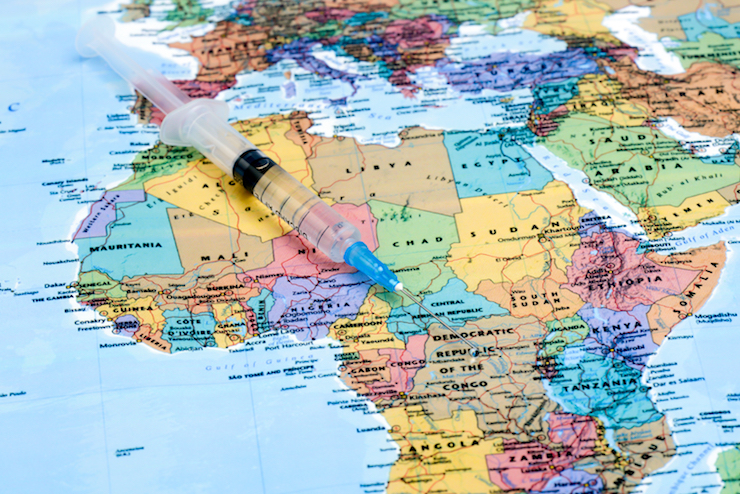 Author Asks For Proof That Swine Flu Has Been Isolated In A Lab (i.e. seen with a microscope) – no one replies to his request.

James McCumiskey, author of “The Ultimate Conspiracy: The Biomedical Paradigm,” is currently in search of scientific proof for the existence of this novel strain of swine flu virus that could cause a global pandemic and has sent the following email to public health officials and media outlets all over the world:

“I got a swine-flu document through the door the other day. I read it carefully. The document assumes that the case for the existence of the swine-flu virus has been proven. I respectfully ask you to identify the scientific publication where some scientist has managed to isolate, biochemically characterise and photograph the swine-flu virus H1N1. In other words I am requesting the scientific proof for the existence of this allegedly pathogenic viruswhich, according to this document, could cause a global pandemic.

“Lord Nimmo-Smith, in a famous judgment, said: ‘But however often a conclusion may be repeated, it is only as sound as the research on which it is based, and of this I have seen none.’

To date, not one public health official has come forward with the proof of a novel H1N1 swine flu virus and the media is generally uninterested in the fact that proof of a “virus” associated with AIDS and a novel swine flu strain appear to be equally nonexistent.

This following exchange took place at the May 17, 2009 press conference with the CDC:

David Brown of The Washington Post: There’s a report that there is yet another new H1N1 virus that has been found in the states of Durango, Zacatecas, and Jalisco that is distinct from both this swine H1N1 and the seasonal Brisbane H1N1. Have you heard of this and can you tell us anything about this?

Daniel Jernigan, CDC’s deputy director of influenza division: We’ve heard of some reports about that, but I’ve not had any direct information about the specifics of that case. There’s ongoing dialog between us and the folks that are in Mexico, and as we know more about that, we’ll be able to let people know.”

ScienceInsider is investigating but has yet to learn anything substantive. It was aired in a public venue, though, and likely will receive media attention, regardless of whether it turns out to be false.

“We heard a rumor but think it may be a misinterpretation of some lab data by a non-lab person,” Nancy Cox, head of CDC’s influenza division, tells ScienceInsider. “We are following up.”

“There is no scientific evidence, up to date, that we have a different A (H1N1) virus other than human seasonal or swine-origin H1N1,” Celia Alpuche, head of the main lab in Mexico that does influenza testing, tells ScienceInsider. “We have seen influenza seasonal strains circulating even more than swine-origin A (H1N1) virus, in particular in areas in Mexico such as Durango, Jalisco, and Zacatecas. We started the subtyping of these strains and we are finding mostly A (H3) seasonal and also A (H1) seasonal.”

Alpuche, who heads the Instituto de Diagnóstico y Referencia Epidemiológicos (InDRE) in Mexico City, says they are exploring the hypothesis that a more virulent variant of the new H1N1 may explain the more severe cases in Mexico, but again, no existing evidence supports this possibility.