HomePrevnarPrevnar Vaccine Is Causing The Pneumonia To... 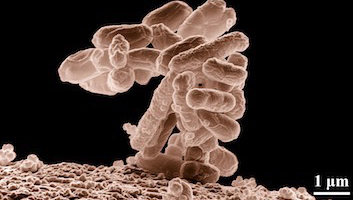 At the same time we were heralding the benefits of PCV7, we were alert to the unintended consequence of serotype replacement. This phenomenon, demonstrated convincingly in randomized, controlled trials [11], occurs when serotypes not included in a conjugate vaccine colonize the nasopharynx and “replace” the vaccine serotypes whose colonization is prevented by the vaccine. The net effect is that PCV7 does not reduce the overall prevalence of nasopharyngeal colonization. PCV7 serotypes are, on average, better suited to causing invasive disease than non‐PCV7 serotypes.

First, serotype 19A has relatively high propensities for colonizing the nasopharynx (to maximize transmissibility) and for causing invasive disease. Second, serotype 19A was associated with antibiotic resistance even before the introduction of PCV7; therefore, when exposed to antibiotics prescribed for upper respiratory tract infections, it had a selective advantage over other, more susceptible serotypes. Finally, PCV7 has no efficacy against serotype 19A.

Increases in the incidence of serotype 19A associated with otitis [14], mastoiditis [15], and invasive disease [16–18] have been described in multiple US settings since 2000, making it impossible to ignore the temporal association between the introduction of PCV7 and the emergence of serotype 19A. It seemed safe to assume that PCV7 had caused replacement with serotype 19A.