Reasons for Introduction of 5-in-1 vaccine

HomePediacelReasons for Introduction of 5-in-1 vaccine 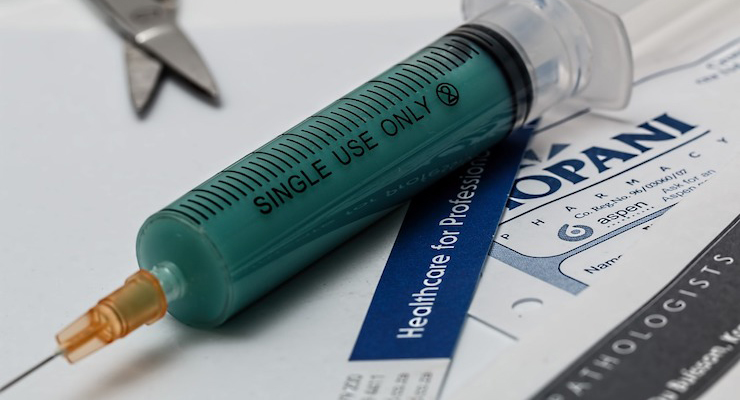 This new jab has replaced the old DPT/HIB and oral polio vaccines and has been designed for use against Diphtheria, Tetanus, Pertussis, Polio and Hib as an all in one injection.

This multiple vaccination will be given at 2, 3 and 4 months of age, the same as its predecessor. (1).

None of the DOH information I have read lists the ingredients of the new vaccine. However, I have looked at other manufacturer’s data sheets for DTaP and IPV vaccines and have included that here as they will be similar in composition.
DTaP contains: pertussis toxoid, filamentous hemagglutinin, pertactin, fimbriae types 2 and 3, diphtheria toxoid, tetanus toxoid, phenoxyethanol, aluminium and formaldehyde.
IPV contains: 3 types of Polio virus, human diploid cells, human albumin, formaldehyde, streptomycin, polymyxin, neomycin, phenoxyethanol, bovine serum.

Why the changes in the schedule?

The department of health think that IPV (inactivated, injectable) Polio vaccine is safer than OPV (oral) Polio vaccine because the chance of passing on Polio through inoculation is less than with the live oral type. (1).
The oral Polio vaccine was the only cause of Polio in America and other Western countries and on 20th June 1996 at an Advisory Committee on Immunization Practices meeting, it was voted out.
On 18th September 1996, Dr. David Satcher of the CDC accepted the recommendations.

Lenita Shaefer, from the US, who contracted Polio from a vaccination in 1988, said
‘No one had the right to immunize me without my consent, now I am paralysed for life for something I never agreed to receive. Immunization without consent invades my right to privacy…this insult is worsened by the fact that the only Polio in this country since 1979 has been caused by this vaccine..’ (2).

‘The last case of poliomyelitis in the United States due to indigenously acquired wild poliovirus occurred in 1979; however, as a consequence of oral poliovirus vaccine (OPV) use that began in 1961, an average of 9 cases of vaccine-associated paralytic poliomyelitis (VAPP) were confirmed each year from 1961 through 1989. To reduce the VAPP burden, national vaccination policy changed in 1997 from reliance on OPV to options for a sequential schedule of inactivated poliovirus vaccine (IPV) followed by OPV. In 2000, an exclusive IPV schedule was adopted.’

From 1990 through 1999, 61 cases of paralytic poliomyelitis were reported; 59 (97%) of these were VAPP (1 case per 2.9 million OPV doses distributed), 1 case was imported, and 1 case was indeterminate. Thirteen cases occurred during the 1997-1999 transitional policy period and were associated with the all-OPV schedule; none occurred with the IPV-OPV schedule. No cases occurred after the United States implemented the all-IPV policy in 2000. The last imported poliomyelitis case occurred in 1993 and the last case of VAPP occurred in 1999.

Conclusion The change in polio vaccination policy from OPV to exclusive use of IPV was successfully implemented; this change led to the elimination of VAPP in the United States.’

Whole cell pertussis vaccine was replaced with acellular (half-cell) vaccine, also for safety reasons as this is thought to cause less side-effects than the whole cell version.
So in theory the new jab should be safer and cut the number of vaccine-induced cases of Polio and brain damage.

• The Department of Health told parents that the previous DPT/Hib and Polio vaccines were ‘safe’ and now we are being told there is a ‘safer’ one, which begs the question just how ‘safe’ the old schedule was and whether we would indeed be given accurate safety information for the current vaccine.
• The Department of Health denied any safety concern with DPT and in their leaflet, ‘A Guide to Childhood Immunisations’ (1997) they state: ‘In the 1970’s a study was done which seemed to show a link between the whooping cough vaccine and a few babies who suffered brain damage. More recent and reliable studies have not confirmed this theory.’ – yet they now recommend an acellular vaccine to reduce the risk of side-effects which they denied in the first place. As a parent myself, this does not give me any confidence in the recommendations. Their leaflets also did not list the ingredients of the vaccines or inform parents that there was mercury contained in them and it would have been only the individuals that knew of the data sheets that would have been aware that old style DPT/hib did contain mercury.
It is VAN UK’s opinion that this does not represent informed consent, as the public were only given very partial information. The same applies to the new 5-in-1. There is no information on ingredients listed on the DOH’s website, www.immunisation.nhs.uk. There is no information on safety studies and very limited information on side-effects.

• The IPV was originally withdrawn from use for its possible links with childhood Leukaemia, which is why medics then favoured the OPV.
‘”Within a few years of the polio vaccine we started seeing some strange phenomena like the year before the first 300,000 doses were given in the United States childhood leukaemia had never struck in children under the age of two. One year after the first onslaught they had the first cases of children under the age of two that died of leukaemia…….. Dr Herbert Radnor observed that in a small area of this little town, in an area where no cases of leukaemia had been expected or at the most one in 4 years according to previous statistics, they suddenly had a rash like an epidemic within a few blocks”—Dr Snead.

• The IPV also has side-effects of a different nature.
• Thimerosal (mercury) free vaccines have still been shown to contain trace amounts of mercury.
According to Francey Hood-Fysh, of Linn County Department of Health Services in the USA, “There is a trace of mercury in even the preservative-free. There is no vaccine at this time that doesn’t contain at least a trace of the preservative.”
Currently, paediatric flu, tetanus and diphtheria ‘thimerosal free’ vaccines contain these trace amounts of mercury. (3).
Thimerosal is toxic; there is no ‘safe’ level for humans.
According to the Environmental Protection Agency, dropping a pin-head of mercury into 23 gallons of water would make it unsafe for human consumption.
“Think about the idea of injecting your own child with levels of mercury that are thirty to forty times what’s considered safe for an adult,” Dallas attorney Andy Waters said. “And, I think if any human being thinks about that very long, they recognize that this is something that never should have happened.”
Dr. Boyd Haley is the Chairman of the Chemistry Department at the University of Kentucky. He’s one of America’s leading experts on mercury poisoning and has studied Thimerosal in vaccines.
Thimerosal “is one of the most toxic compounds I know of,” Haley said. “I can’t think of anything that I know of is more lethal.”
Just two years ago, the Centers for Disease Control and Prevention did conduct a study, which showed that three-month-old babies exposed to just 63 micrograms of mercury – less than half of the aforementioned pin top – were two-and-a-half times more likely to develop autism.
The study is stamped “Confidential” and “Do Not Copy or Release.” Siegel says it was never made public because it was just a draft.
“Until they’re final, and are ready for publication, they’re always considered a draft, not to be widely distributed,” Siegel said. “This preliminary information could be distributed, and that could do harm.”
So why was it marked ‘Confidential, Do Not Release’, rather than a simple ‘Draft’?
“I think we’re mincing words,” Siegel said.
Subsequently, the CDC did release a report to the public, but the findings were much different. The new study was amended with different data which lowered the autism rate. (4).

WHAT MERCURY DOES TO THE BODY:

• Mercury is considered the second most toxic substance known to man.
• Mercury causes rapid degeneration of the neurite membrane of the brain.
• Mercury reacts badly with aluminium, another compound present in some vaccines and in experiments, thimerosal killed off human brain neurons. All neurons were dead within 24 hours of exposure.
• According to a Eli Lilly Manufacturer’s data sheet for thimerosal (1999) – it is toxic and causes foetal abnormality, decreased infant survival (i.e., higher infant mortality rates) and abnormal changes to lung tissue. (5).
Would you want even trace amounts of that in your child’s vaccine?

EFFICACY:
There was no information on any efficacy trial in any DOH literature that I have read, and none on their ‘immunisation’ website.
However, vaccine-induced immunity is always temporary and wanes after varying periods of time. A Connaught IPV data sheet states that ‘further recall doses need to be given every 10 years’. (6).

SIDE-EFFECTS
Side-effects which are mentioned to parents by the DOH are: swelling and redness in 1 in 10 people, temperature, sickness, tiredness, headaches, diarrhoea, irritability, swollen lymph glands, severe swelling of upper arm, anaphylaxis.
1 in 1000 children are also reported to have suffered convulsions, being floppy and less responsive than usual (i.e. an altered state of consciousness) and an unusual high pitched cry. (7).
This high pitched cry they mention is known as the ‘cri encephalique’ and is an indication of neurological irritation. The brain swells (encephalitis), causing an extremely painful headache which makes the baby cry in a high-pitched way. Encephalitis is sometimes mild and the baby can make a full recovery, and sometimes it can be fatal – it depends on the severity of the swelling. However, vaccine-induced encephalitis is well documented in medical literature and is somewhat downplayed in parental information leaflets.
If your baby is vaccinated and s/he develops a high-pitched cry, you should go to A+E immediately.

SIDE-EFFECTS OF DTAP/HIB AND IPV AS STATED BY MANUFACTURER’S:
Pain in 35% of recipients, 5% decreased appetite and spitting up feeds, up to 38% of recipients with temperatures over 38.1 degrees, GBS (Guillain-Barre Syndrome) has been temporally associated with the administration of IPV vaccine. (8).
There are fewer local (minor) reactions associated with DTaP as opposed to whole cell DPT. Crying for longer than 1 hour after vaccination occurred in 11.8% of babies who received DPT and in 1.7% of babies who received DTaP. Persistent crying lasting more than 3 hours occurred in 8.9% of the DPT group and 1.16% of the DTaP group.
Rates of serious events are not known at this time.
During the trial of this DTaP vaccine, 6 babies had convulsions following the injection (out of 4,670 babies to receive the jab – which is slightly more than 1 in 1000) and in the whole cell DPT group there were 3 who suffered convulsions so it seems that acellular DPT makes no difference to the rates of severe reactions – only to minor ones.
Hives, difficulty breathing and shock have been observed in preparations containing DPT. A few cases of peripheral neuropathy have been reported following administration of tetanus toxoid.
The following illnesses have been associated with vaccines containing tetanus toxoid: cochlear lesions, brachial plexus neuropathies, paralysis of the radial nerve, paralysis of the recurrent nerve, abnormal EEG readings with encephalopathy, infantile spasms, convulsions, persistent inconsolable crying.
SUDDEN INFANT DEATH SYNDROME HAS OCCURRED IN INFANTS FOLLOWING ADMINISTRATION OF DPT AND DTaP VACCINATIONS. (9).

CONTRAINDICATIONS:
1. Fever.
2. Previous allergic reaction to any DPT/Hib containing vaccine.
3. Allergy to antibiotics or any of the other vaccine ingredients. (7).
4. A coagulation disorder – there is a risk of haemorrhage if vaccinated.
5. Any neurological disorder.
6. Cancer – and use of any immunosuppressive therapies such as chemotherapy or steroids.
7. DTaP has NOT been evaluated for its carcinogenic, mutagenic potential or its affect on fertility – therefore they don’t know whether it causes cancer, whether it can mutate into new viruses or whether it affects our children’s ability to have their own children.
8. It is not recommended for adults, anyone over the age of 7 years and babies under the age of 6 weeks. (9).
9. (For IPV) Respiratory infections.
10. HIV.
11. Pregnant women (no studies have been done on the affect on the foetus). (8).

“The DTwP vaccine has side effects like high fever, fits/convulsion and even brain damage, but very few children develop these symptoms. Hence, many paediatricians running private practices administer DtaP, which is equally effective and has a few side