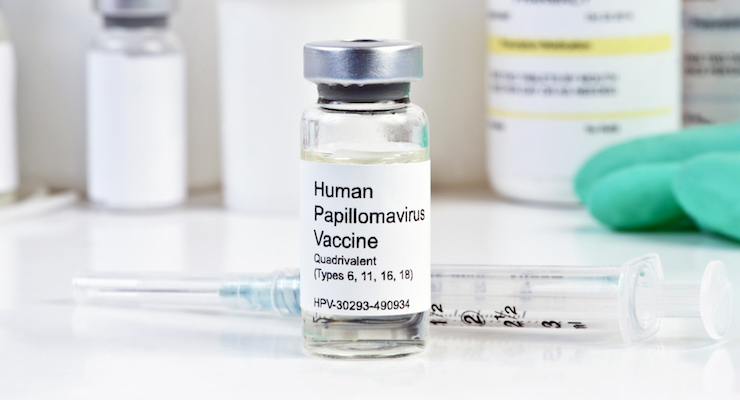 Dr. Diane Harper, lead researcher in the development of two human papilloma virus vaccines, Gardasil and Cervarix, said the controversial drugs will do little to reduce cervical cancer rates and, even though they’re being recommended for girls as young as nine, there have been no efficacy trials in children under the age of 15.

Dr. Harper, director of the Gynecologic Cancer Prevention Research Group at the University of Missouri, made these remarks during an address at the 4th International Public Conference on Vaccination which took place in Reston, Virginia on Oct. 2-4. Although her talk was intended to promote the vaccine, participants said they came away convinced the vaccine should not be received.

“I came away from the talk with the perception that the risk of adverse side effects is so much greater than the risk of cervical cancer, I couldn’t help but question why we need the vaccine at all,” said Joan Robinson, Assistant Editor at the Population Research Institute.

Dr. Harper began her remarks by explaining that 70 percent of all HPV infections resolve themselves without treatment within a year. Within two years, the number climbs to 90 percent. Of the remaining 10 percent of HPV infections, only half will develop into cervical cancer, which leaves little need for the vaccine.

There will be no decrease in cervical cancer until at least 70 percent of the population is vaccinated, and even then, the decrease will be minimal.

Apparently, conventional treatment and preventative measures are already cutting the cervical cancer rate by four percent a year. At this rate, in 60 years, there will be a 91.4 percent decline just with current treatment. Even if 70 percent of women get the shot and required boosters over the same time period, which is highly unlikely, Harper says Gardasil still could not claim to do as much as traditional care is already doing.

Dr. Harper, who also serves as a consultant to the World Health Organization, further undercut the case for mass vaccination by saying that “four out of five women with cervical cancer are in developing countries.”

Ms. Robinson said she could not help but wonder, “If this is the case, then why vaccinate at all? But from the murmurs of the doctors in the audience, it was apparent that the same thought was occurring to them.”

However, at this point, Dr. Harper dropped an even bigger bombshell on the audience when she announced that, “There have been no efficacy trials in girls under 15 years.”

Merck, the manufacturer of Gardasil, studied only a small group of girls under 16 who had been vaccinated, but did not follow them long enough to conclude sufficient presence of effective HPV antibodies.

This is not the first time Dr. Harper revealed the fact that Merck never tested Gardasil for safety in young girls. During a 2007 interview with KPC News.com, she said giving the vaccine to girls as young as 11 years-old “is a great big public health experiment.”

At the time, which was at the height of Merck’s controversial drive to have the vaccine mandated in schools, Dr. Harper remained steadfastly opposed to the idea and said she had been trying for months to convince major television and print media about her concerns, “but no one will print it.”

“It is silly to mandate vaccination of 11 to 12 year old girls,” she said at the time. “There also is not enough evidence gathered on side effects to know that safety is not an issue.”

When asked why she was speaking out, she said: “I want to be able to sleep with myself when I go to bed at night.”

Since the drug’s introduction in 2006, the public has been learning many of these facts the hard way. To date, 15,037 girls have officially reported adverse side effects from Gardasil to the Vaccine Adverse Event Reporting System (VAERS). These adverse reactions include Guilliane Barre, lupus, seizures, paralysis, blood clots, brain inflammation and many others. The CDC acknowledges that there have been 44 reported deaths.

Dr. Harper also participated in the research on Glaxo-Smith-Kline’s version of the drug, Cervarix, currently in use in the UK but not yet approved here. Since the government began administering the vaccine to school-aged girls last year, more than 2,000 patients reported some kind of adverse reaction including nausea, dizziness, blurred vision, convulsions, seizures and hyperventilation. Several reported multiple reactions, with 4,602 suspected side-effects recorded in total. The most tragic case involved a 14 year-old girl who dropped dead in the corridor of her school an hour after receiving the vaccination.

The outspoken researcher also weighed in last month on a report published in the Journal of the American Medical Association that raised questions about the safety of the vaccine, saying bluntly: “The rate of serious adverse events is greater than the incidence rate of cervical cancer.”

Ms. Robinson said she respects Dr. Harper’s candor. “I think she’s a scientist, a researcher, and she’s genuine enough a scientist to be open about the risks. I respect that in her.”

However, she failed to make the case for Gardasil. “For me, it was hard to resist the conclusion that Gardasil does almost nothing for the health of American women.”